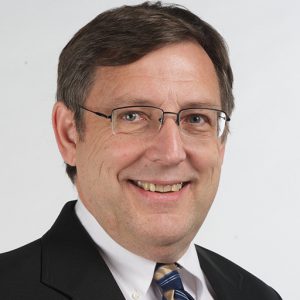 Wayne Wanta is a professor in the Department of Journalism. He is internationally known for his research in political communication and media effects, with 200 refereed publications and convention papers. He has lectured and delivered research presentations in 50 different countries. He also has authored or co-authored eight books.

Much of Wanta’s research examines the agenda-setting function of the news media – how news coverage influences the public’s perceptions of issues and newsmakers. Wanta has also conducted research in sports journalism, visual communication, Internet use and effects, and negative political advertising.

Wanta also has played an important leadership role in journalism education, having served as the president of the Association for Education in Journalism and Mass Communication. Wanta was a delegate for two meetings of the World Journalism Education Congress, in which 30 organizations from around the world agreed upon a series of journalistic principles. Previously with AEJMC, Wanta won the prestigious Krieghbaum Under-40 award for outstanding achievement in research, teaching and service. He also has served on the national journalism accrediting council and was twice elected to the AEJMC Teaching Standards Committee.

Shahira Fahmy, Wayne Wanta, Thomas Johnson and Juyan Zhang, “The Path to War: Exploring a second-level agenda building analysis examining the relationship among the media, the public and the president. The International Communication Gazette, June 2011, 73(4): 322–342.

Yusuf Kalyango and Wayne Wanta, “Terrorism and Africa: A Study of Agenda-Building in the United States,” International Journal of Public Opinion Research, Winter 2007, 19(4), 409-433.