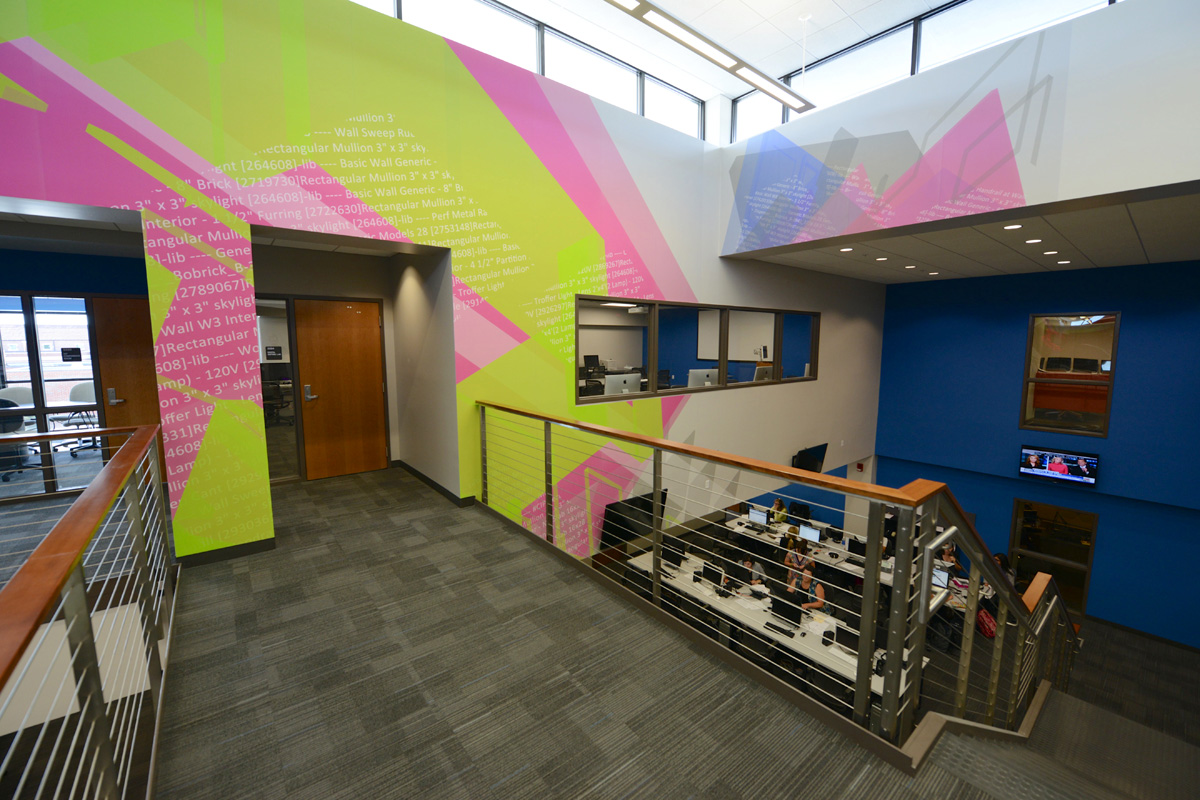 Liz Campanile, B.S. Advertising 1992 is the CEO of House of Gemini Industries in Pasadena, California. She recently launched a YouTube channel, Adora 2000, to support her accessorizing business and multimedia efforts.

Jamie Cotera, B.S. Journalism 2009 is the co-founder of Compass Legal Marketing in Miami, Florida. The business advises minority and female law firms on strategies to generate business and market their practices.

Julianne Embry, B.S. Public Relations 1994 and Lukana Justin, B.S. Advertising 1998 are the Senior Marketing Manager of Communications and the Senior Vice President of Marketing, respectively, for Now Optics, a leading eye health provider under the retail brands of My Eyelab and Stanton Optical, based in West Palm Beach, Florida.

Susan Spiegel Kehl, B.S. Public Relations 1989 and her husband Don have opened a franchise of The Malted Barley restaurant in Juno Beach, Florida. They were recently profiled in The Palm Beach Post.

Melissa Gomez, B.S. Journalism 2018, is a reporter for the Los Angeles Times. She will be on the team covering the 2020 Presidential Election.

J. Michael “Mike” Neumeier, B.S. Public Relations 1993, is a 2019 inductee in the PRSA Georgia Order of the Phoenix and Georgia Public Relations Hall of Fame. Neumeier was honored for his many achievements and contributions to the public relations profession. He is currently, owner, CEO and CMO of the Arketi Group in Atlanta.

Carl Stein, B.S. Broadcasting 1973, has received the Lifetime Achievement Award from the Press Photographers Association of Greater Los Angeles. Stein retired in 2014 after a 34-year career as a photojournalist at KCBS-TV, the CBS network affiliate in Los Angeles.

Jamie Dupree, B.S. Broadcasting 1985, is a journalist with WSB Radio in Atlanta, received the 2019 RTDNA Edward R. Murrow Award for Excellence in Innovation for “Jamie Dupree 2.0.” Dupree, senior Washington correspondent for Cox Media Group’s Washington Bureau, lost his voice to a condition called protrusion dystonia. WSB worked with a software company in Scotland to recreate his voice electronically. The text-to-voice software allows him to type his reports and run them through “Jamie Dupree 2.0” to turn them into audio for broadcast.

Tonyaa Weathersbee, B.S. Journalism 1981, M.A.M.C. 2016, is the metro columnist for The Commercial Appeal, Memphis’ daily newspaper and part of the USA Today network. She recently received a first-place award along with two colleagues from the Tennessee Associated Press Broadcasters and Media Editors for her work on stories about the 1968 Memphis sanitation workers’ strike.  She also presented a paper at the Latin American Studies Association Congress in Boston on cable news’ influence on rural voters’ attitudes toward their Latino neighbors.

Arthur “Art” Levy, B.S. Journalism 1984, is the associate editor of Florida Trend Magazine. His new book, “Made in Florida: Artists, Celebrities, Activists, Educators and Other Icons in the Sunshine State,” published by University Press of Florida, is a compilation of 90 “Florida Icon” interviews Levy produced for Florida Trend magazine between 2007 and 2018.

Andy Freedman, B.S. Public Relations 2001, is a five-time Emmy Award-winning director with more than 15 years of experience at CBS Sports. He also a lecturer at University of North Carolina School of Media and Journalism.

Amanda Holt, B.S. Public Relations 2001, M.A.M.C 2003, is the Director of Communications for Jacksonville Jaguars. She is responsible for the corporate relations for the team and related entities. She is one of the team’s primary media relations contacts and coordinates communications campaigns related to fan engagement, ticketing, communication relations and all off-the- field Jaguars programs and activities.

Mindy Marqués, B.S. Journalism 1986 and 2012 Hall of Fame, is the 2019 Gran Caiman honoree at the UF Association of Hispanic Alumni’s (UF-AHA) Gator Guayabera Guateque. Marqués is the publisher of The Miami Herald.

Laurence Bolotin, B.S. Public Relations 2001, has been named director of AJC Chicago. AJC is a global Jewish advocacy network that works to enhance the well-bring of the Jewish people and Israel.

Phoebe Fan, M.A.M.C. 1995, is the head of of Internal Communications and Corporate Social Responsibility at General Motors China in Shanghai City. She is responsible for GM’s philanthropy strategy in China.

Andres “Andy” Triay, B.S. Broadcasting 1985, is the coordinating producer for Justice and Homeland Security at CBS News in Washington D.C. Triay has worked at various positions at CBS News since 1985.

Yolanda Cash Jackson, B.S. Journalism 1980, J.D. 199,  is an attorney at the Florida-based Becker and Poliakoff law firm. She was also selected as one of Daily Business Review’s Most Effective Lawyers in 2018.

Lisa Thatcher-Kresl, B.S. Journalism 1985, is the publisher of Advocate Magazine in Dallas, Texas.

Morgan Ginn, B.S. Advertising 2018, was recently featured in the UF Alumni magazine for work on the Bicycle’s Against Poverty project in Northern Uganda.

Robert “Rob” Lasky, B.S. Public Relations 1989, is the Special Agent in Charge for the Federal Bureau of Investigation Miami Division.

Matt Sauer, B.S. Journalism 1989, M.A.M.C. 1989, is the new general manager of the Sarasota Herald-Tribune. Sauer also serves as executive editor and will continue to oversee the Herald-Tribune’s newsroom but will now also work with the media company’s seasoned team of executives.

Brian Slowik, B.S. Public Relations 1986, is the senior vice president for Wage & Corporate Disbursement’s for Green Dot Corporation and is the founder of rapid! PayCard.

Rose Herrera, B.S. Public Relations 1998, is the new associate director for Communications at the Centers for Disease Control and Prevention Office of the Associate Director for Science in Atlanta.

Andrew Schoss, B.S. Advertising 1985, is an inside account executive for Apple Education, selling to k-12 school districts in Wisconsin and Illinois. He is based in Austin, Texas.

Erika Hodges Confeda, B.S. Journalism 1996 and M.A.M.C. 2002, is director of communications and marketing at the University of Central Florida College of Business.

Natalie Fisher, B.S. Advertising 2009, is managing partner and co-owner of Blu Dove Designs. The firm has offices in Gainesville and Orlando.

Andrew Cohen, M.A.M.C. 1998, is the Vice President for Technology Strategy and Operations for Hillel International in Washington, D.C.

Jessica Dinon, B.S. Public Relations 2008, is the director of Brand Communications at Darden, a family of national full-service restaurants headquartered in Orlando.

Peter Frey, B.S. Advertising 1993, is the vice president for Discovery Cove, an Orlando, Fla. adventure park featuring animal encounters and the chance to swim with dolphins.

David Lawrence, B.S. Journalism 1963, is the recipient of the 2018 Florida Blue Sapphire Award in the individual category for his efforts to improve the lives of children in Florida. Lawrence is the former publisher of the Miami Herald and the Detroit Free Press.

Dennis Mesina, B.S. Public Relations 1999, is  public affairs specialist at the Office of Communications and Outreach for the U.S. Energy Information Administration, part of the U.S. Department of Energy.

Rick Schneider, B.S. Telecommunication 1984 and 2013 Alumnus of Distinction is the new senior vice president for the National Center for Family Philanthropy, a Washington, D.C.-based non-profit dedicated exclusively to families that give to them.

J. Keith Moyer, B.S. Journalism 1977 and Alumnus of Distinctions 2003 is the new publisher of the Las Vegas Review-Journal.

Jim Swan, B.S. Public Relations 1982 is sales manager for All Points Pioneer, a professional moving company for residents and businesses in Dallas and Fort Worth, Texas.

Trish Wingerson, B.S. Telecommunication 1994, is the director of corporate communications for the Orlando Magic.

Debra Leithauser, B.S. Journalism 1992, former president and publisher of the Idaho Statesman is the new communications director for Idaho Power.

Caitlin Switalski, B.S. Journalism 2017, is a reporter/producer for WLRN News.

Francine Walker, B.S. Journalism – Public Relations 1981, is the director of public information at The Florida Bar in Tallahassee, Fla.

Lauren Crawford, B.S. Telecommunication 2015, is a reporter/writer at OKMagazine.com in New York City.

Alex Cornelio, B.S. Advertising 1991, is president and CEO of EchoPartners in Miami, Fla.

Albert “Al” Diaz, B.S. Journalism 1983, is a photojournalist for The Miami Herald.

Heather Traynham, B.S. Telecommunication 1996, is the CEO of LightbulbPR.

Steve Sherry, B.S. Advertising 1992, is the president of The Sherry Group LLC, a marketing and brand consulting company focusing mostly on business-to-business and technology.

Dalton Yancey (aka Frederick D. Yancey III), B.S. Advertising 1967, is the president of Friends of Carr Cabin, Inc. and serves on the board for Florida Hospital Waterman.

Patrick Fraser, B.S. Public Relations 1980, is an investigative reporter for WSVN. Fraser has worked on the “Help Me Howard” segment for over a decade. The segment offers options for viewers facing legal issues.

Lucy Reed, B.S. Journalism 1990, is editor emeritus of The Triton: Nautical News for Captains and Crews.

Leslie Zlotnick, B.S. Advertising 2000, is the advertising manager for the Yamaha WaterCraft Group.

Dana Kanfer, B.S. Public Relations 1991, is a law clerk at the U.S. District Court Middle District of Florida in Tampa.

Robert Imfeld, B.S. Journalism 2011, has written his first children’s book entitled A Guide to the Other Side. In his paranormal debut, Imfeld tells the story of a boy, Baylor Bosco, and his ghostly twin sister who work together to pass messages from the beyond. The book will be released on Oct. 4.

Dr. Merrie Meyers, B.S. Public Relations 1978, MAJC 1979, is the grants development manager for the Office of Grants Development of Broward College. She also teaches as an adjunct at several South Florida institutions.

Tony Wickman, B.S. Public Relations 1996, is now the deputy commandant of the Defense Information School at Fort George G. Meade, Md. In this role, he assists the commandant in leading a team of 400 military, civilian and contractor professionals in training nearly 3,000 students a year in various public affairs and visual information disciplines from across the Department of Defense, as well as interagency and international partners.

Tracy Belcher, B.S. Public Relations 2003, is the Director of Marketing and Communications for the Pérez Art Museum Miami.

David Bruce, B.S. Advertising 1985, is the Vice President of Corporate Communications and Community Relations for Ryder.

Kristin L. Celano, B.S. Public Relations 2004, is Founder and CEO of JaneHudson, a retail lifestyle brand of luxury basics and womenswear clothing for game day and every day.

Kirsten Flanik, B.S. Advertising 1989
has been promoted to president of BBDO New York.

Amy Hammond, B.S. Public Relations 2002
is a St. Petersburg-based writer. Her five-book series encourages children to form a collegiate allegiance early in life. The series includes When I Grow Up, I’ll Be a Gator and follows a young boy as he tours campus and learns what life will be like when he grows up to be a Florida Gator.

Robert McClure, B.S. Journalism 1982
won a Knight Science Journalism Program Fellowship at MIT. The premier global fellowship is for journalists covering science, technology, health and the environment. McClure was one of ten journalists chosen for the 34th class of fellows.

Everton Allen, B. S. Advertising 2011
was promoted to manager of Creative Services for the Miami Marlins.

Carolyn DeWitt, B.S. Public Relations 1980
is a partner at Coherent Counsel where she serves as a diversified business consultant of sales effectiveness, business leadership coaching, strategic planning, and crisis management.

Steve Burkowski, B.S. Telecommunication 1994
is on air talent for the Golf Channel.

Don McLearn,  MAJC 1979
was inducted into the National Public Relations Society of America’s National Capital Chapter Hall of Fame. McLearn, who is now retired, served as the commissioner for public affairs at the U. S. Food and Drug Administration (FDA) for 17 years before joining FleishmanHillard as a senior vice president in the Healthcare Practice.

C.L. Conroy, B.S. Public Relations 1980
is the founder of The Conroy Martinez Group based in Coral Gables, Fla. Celebrating their 25th anniversary, the organization is a full-service, bilingual and bicultural (English-Spanish) public relations, marketing and social media firm.

Robert “Bob” Rothman, B.S. Journalism 1974
was named Atlanta Lawyer of the Year for First Amendment Litigation by Best Lawyers in America. This is the second time he has been honored in the last three years.  (Profile)

Marc Lubet, BS Journalism, 1969
is a judge for the Ninth Judicial Circuit Court in Orange County. Previously he was a defense lawyer for 32 years.

A series featuring significant events in the lives of CJC alumni, faculty and staff.

Where your fellow CJC Gators are today.