With Gusto: The Career Composition of Writer Steve Bergsman

Music with ​​accelerando starts slowly, gradually getting faster and faster. A forward trajectory with velocity and gusto—this is accelerando, and an apt description for the career of writer and musicologist Steve Bergsman.

Bergsman, B.S. Journalism 1971, has a storied career of 50 years and counting. But it didn’t start with his initial dream job. Noting a dismal job market when he received his diploma, Bergsman recalls feeling sadly certain about one thing: “I’ll never be able to get a job in journalism.”

Determined to enter a field for which he felt passionate, even if it could not be journalism, Bergsman earned a Master’s in Communications from the University of Utah with the intention of becoming a film critic—an industry he again found nearly impossible to enter, despite moving to New York City in the  early-1970s. He earned a second Master’s in Education from Antioch University, but found teaching to be utterly unstimulating. When Bergsman flew to Phoenix for a job interview, he became enthralled by the cinematic Southwestern landscape and sprawling vistas, and felt a renewed sense of purpose and determination.

Bergsman didn’t get the job. He moved to Arizona anyway.

Relocating, coupled with his years of pursuing alternative career paths, made one thing entirely clear for Bergsman: he could no longer deny his call to journalism. “When I wasn’t in it, that’s what I wanted to do,” he says. “That’s how I knew.” He began to teach writing at a community college in Arizona, landed a job at a tax magazine, then another at The Arizona Republic in 1981. He was hired at the Republic’s  weekly paper, renamed the Arizona Business Gazette with Bergsman’s influence, where he served as managing editor for more than eight years.

After leaving the Gazette, Bergsman began freelance writing for magazines, which he found exceptionally fruitful. “When you fish, you put your hook in the water and you get a fish. If I put out a query, I got a job,” says Bergsman. As his freelance career was taking off, he was offered an opportunity to attend a press trip to Mauritius, an island nation off the eastern coast of Africa. He used this as an opportunity to pitch a travel story for a local publication; the magazine agreed, setting up Bergsman as a business and travel writer. “That was my life,” he says, “From ‘88/‘89 to forever.”

The magazine industry boomed in the ‘90s. “If you were a CEO, there was a magazine for you,” Bergsman explains. “If you were in the hotel industry, there were five magazines. If you were in real estate, there were 15 magazines.” Pre-Internet, hyper-specialized publications were industry sources for information and leadership. It was a heyday for magazines,  which would hire reliable writers month after month. Things were consistent, stable and  lucrative for Bergsman.

The bursting of the dotcom bubble in the early 2000s had a ripple effect across industries.  Bergsman recalls having a revelation about his line of work: “I knew journalism would fade away eventually.” First to go were the specialized magazines which had sustained Bergsman’s work for nearly 10 years.

One might think this is where the music stops—or at least, begins a decrescendo. Not for Bergsman. Years of business journalism had earned him a reputation as a reputable real estate writer—the best-known in the country. When he received an opportunity to write a real estate book, he quickly agreed. 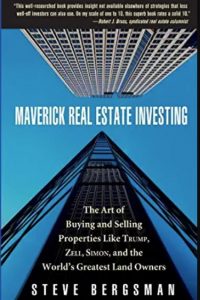 The book, Maverick Real Estate Investing: The Art of Buying and Selling Properties Like Trump, Zell, Simon, and the World’s Greatest Land Owners, became the first of many by Bergsman. Published in 2004, it consisted of a dozen interviews with business moguls. Unbeknownst to Bergsman at the time of publishing, Donald Trump—a titular mogul in Bergsman’s book—was launching his reality TV series The Apprentice. With Trump plastered on every billboard, commercial and magazine cover, Maverick Real Estate Investing was poised for success. In little time, it became number 36 on Amazon’s bestseller list.

Always one for momentum, Bergsman kept pace writing about real estate until 2008. Then came the second crash of his career, as risky mortgages and over-leveraged businesses triggered the Great Recession. Once again, Bergsman found himself at a turning point. “You have to be fast on your feet in this business.”

It was at this juncture that Bergsman made the pivot from business to music history, having had the idea for a book about Johnny Ace, the first Black teen idol in the 1950s. This led to Bergsman’s debut work on music history, The Death of Johnny Ace (2012), followed by historical fiction and non-fiction biographies including The Seduction of Mary Wells (2015), The Friends of Billy Preston (2017), I Put a Spell on You: The Bizarre Life of Screamin’ Jay Hawkins (2019), and Chapel of Love: The Story of New Orleans Girl Group the Dixie Cups (2021).Slated to come out in 2023 is Earth Angel, Bergsman’s latest work on 1950s R&B singers. These writings on stars of decades past are works which Bergsman feels are important to have and called to fulfill, feeling a special connection to the soundtracks of his youth. “I think someone should write about  these music pioneers,” he says, “I guess it’s me.”

Now an accomplished writer with a wide repertoire of works spanning his decades-long career, Bergsman has pivoted, adapted, and revised his career strategy countless times. Yet, his most notable challenge was not the economic crashes, decades of jet lag or years of freelance work. “The greatest challenge was getting started,” he says, solidifying his career ​​accelerando. “To succeed as a freelance writer, you have to think of it as a business, get yourself organized, and never miss a deadline. It wasn’t easy,” Bergsman admits. “It was hard. It just worked for me.”

You can connect with Bergsman on Twitter at @sbergsman or on Facebook at https://www.facebook.com/steve.bergsman.  View a full listing of his published books on Goodreads. 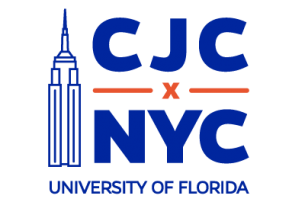 The University of Florida College of Journalism and Communications (UFCJC) today announced the expansion of its footprint to New York City with the launch of...