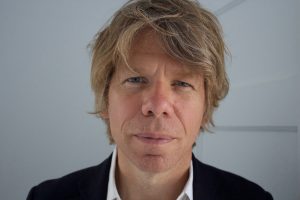 Warren Zanes, Ph.D., is a musician, teacher and writer whose subjects range from Jimmy Rodgers to Dusty Springfield to the history of Warner Bros. Records. He is the author of Tom Petty: The Biography, originally published in 2015.

As a musician, he made three records with 1980s rock-and-roll band the Del Fuegos and three as a solo artist. He has worked on several high-profile music projects, including, most recently, the upcoming George Harrison documentary directed by Martin Scorsese, and as executive director of Little Steven Van Zandt’s Rock and Roll Forever  Foundation.

Zanes has taught at Case Western Reserve, the School of Visual Arts, the University of Rochester, and other institutions. Time Out New York has said of
Zanes that he is “as smart a pop songwriter as there is.” Entertainment Weekly lauded his solo work as “a thing of indie-pop beauty.”