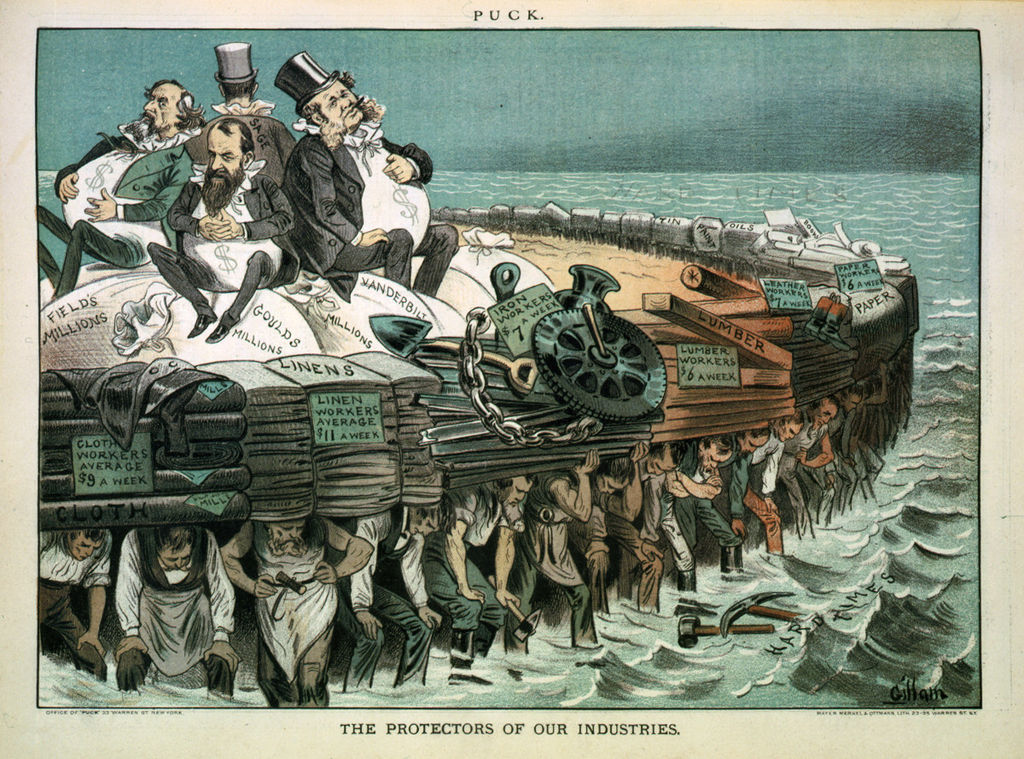 The Social Awakening’s Resonance in a Time of Inflection, Infection and Insurrection

Following is an excerpt from an essay by Journalism Associate Professor Ron Rodgers in Journalism History on July 29. To read the full essay, click here.

More than once in my journalism classes, I have heard my students attempt to suppress snickers whenever I use the contemporary epithet “woke” in describing the world view of social-justice journalists whose literature of exposure reveals societal inequality – or “injustice,” as the writer Arundhati Roy would prefer.[1] It is as though, in the minds of my students, this guy with graying hair at the front of the classroom is from a generation too far removed to fathom the meaning of – let alone know anything about – this secret handshake of the youthful cognoscenti. I am out of my lane, seems to be the tenor of their titter.

It is that reaction, then, that prompts me to go into a short aside about the fact there is nothing new – especially in America – about the concept of “awakening.” In fact, the continuing Christian revival through the great awakenings in America that was only extinguished by the Civil War “was a central mode of this culture’s search for national identity,” the intellectual historian Perry Miller observed.[2] And as one writer put it in 1870, “a yearning toward social reconstruction has become a part of the continuous, permanent, inner experience of the American People.”[3]

A History of Social Awakening

The use of the term “awakening” conjures notions of religiosity inherent in the First Great Awakening of the 1730s and 1740s and its counterpart, the Second Great Awakening sixty years later. However, while the awakening of the early twentieth century used a similar nomenclature as the great religious awakenings of the previous centuries, there was a distinction.

The key was the term “social” – a modifier often used to differentiate “the awakening” of the early twentieth century. Meanwhile, “social” – or even “social justice” – is implicit in the singular expression “woke,” a term that first appeared in print in 1962 in a New York Times Op-Ed titled “If You’re Woke, You Dig It” by the African-American writer William Melvin Kelley.[4] The essay implies that to be “woke” is to be “aware” of the encoding and decoding of a swiftly changing language.  But in the way each generation often hijacks the language of the past to circumscribe its present,  “wokeness” is now a term encapsulating “shared practices that might supply grounds for generational self-awareness,” as one contemporary historian has asserted.[5]

My paper in the Summer 2020 issue of Journalism History – “The  Social Awakening and the News: A Progressive Era Movement’s Influence on Journalism and Journalists’ Conceptions of Their Roles” – deals with a similar “generational self-awareness” – a deeply engrained moral ethos that ran through the life of America a century and more ago that affected many walks of life – including  journalists struggling to define their role in society. That ethos also worked to inform the Progressive Era’s growing awareness of the ill effects on society of Herbert Spencer’s ethical system of laissez-faire politics and extreme industrialized individualism that had held sway for so many years.[6]

Broadly speaking, that awareness inspired a general sense of indignation found in much of the work of the era’s Muckrakers. We need walk no farther out our doors today and see the power of indignation and how the exasperation with the straits and injustices of American life inform the general upheaval of protestors and the prose of pundits, polemicists, and journalists alike. Such indignation as an impulse for revelatory journalism has a long history.

As far back as the sixteenth century, Chinese philosopher Li Zhi observed that his writing was fueled by his vexation with the corruption and greed of those who held power over society. “If the ancient sages had not built up indignation they wouldn’t have written anything,” Zhi wrote. “To write something without indignation, that would be like shivering when you’re not cold, or groaning when you’re not sick.”[7]

And in the early twentieth-century, the renowned Pulitzer-prize-winning journalist Herbert Bayard Swope, who was responsible for a number of newspaper exposés, “deeply believed that the quality of moral indignation was what separated a good newspaper man from the competent technician.”[8]

[1] Waterstones, “Arundhati Roy: The Waterstones Interview,” June 6, 2017 https://www.youtube.com/watch?v=K0f1MzCajaU  “I would replace ‘inequality’ with ‘injustice,’” Arundhati Roy said in the interview.

[8] John Hohenberg, “Herbert Swope’s Career: Tribute Paid to His Contribution to American Journalism,” New York Times, June 28, 1958, 16. As executive editor of the New York World, Swope instigated a number of newspaper crusades, including an exposé of the Ku Klux Klan and its increasing power outside the South and revelation of a peonage system in Florida in which convicts were used as cheap labor.