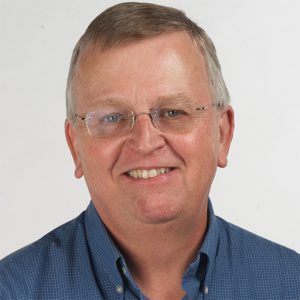 Ron Rodgers is a journalism historian and an associate professor who joined the faculty in fall 2005 after more than 20 years as a journalist at newspapers in five states and Japan and South Korea.

His research focuses on the historical and contemporary agents of influence on media conduct and content. He is the author most recently of The Struggle for the Soul of Journalism: The Pulpit versus the Press, 1833-1923, from The University of Missouri Press.

Rodgers, R.R. (May 2018) The Struggle for the Soul of Journalism: The Pulpit versus the Press, 1833-1923, Columbia, Missouri: The University of Missouri Press.

Rodgers, R.R. (Publication in 2020) Progressive Era: The Social Awakening and the Soul of the News. Chapter 2 of Journalism’s Ethical Progression: A 20th-Century Journey, Lexington Books. This collection of essays will trace the historically contingent development of the journalist’s ethical self during the pre-internet 20th century.

Rodgers, R.R. (2019) Lincoln’s Messengers:  Norman Hapgood’s and Ida Tarbell’s Biographies of the ‘Great Soul’ at the Dawn of the Progressive Era. Americana: The Journal of American Popular Culture (1900-present)

Rodgers, R.R. (2010) The press, pulpit and public opinion: The clergy’s conferral of power and the concomitant call for a journalism of advocacy in an age of reform. Journal of Media and Religion 9 (1), 1-18.

Rodgers is the 2012 recipient of the University of Florida Research Foundation Professorship, a three-year professorship created to recognize faculty who have established a distinguished record of research.

His newspaper experience working in Asia – where he saw up close the overt hand of propaganda and press censorship – and in five Western states – where he saw the more covert influences on news driven by commercialism – all inform and drive his research interests.

Those interests revolve around journalism history, especially an exploration of the formation of journalistic normative standards derived from the many agents of influence on conduct and content – to include religion, social science, academia, ethicists, the new profession of public relations, and the professionalizing core of journalists and their self-reflexive criticism of their own profession.

He is especially interested in the raucous, changing world of journalism becoming unhinged from partisan financial sustenance in the latter part of the nineteenth century and first two decades of the twentieth because journalism in the latter decade of the twentieth century and first decades of the twenty-first faces a similar upheaval involving issues of new technology and consolidation and questions about objectivity and journalistic ethics.