The University of Florida College of Journalism and Communications will honor four Alumni of Distinction at its annual awards banquet on April 4, 2016. With more than 28,000 graduates with degrees in advertising, journalism, public relations and telecommunication, only 144 individuals have been selected to receive this honor since its creation in 1970.

The 2016 Alumni of Distinction class includes: 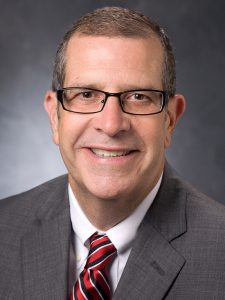 Charles N. Davis has served as the dean of the University of Georgia Henry W. Grady School of Journalism and Mass Communication since 2013. Prior to his appointment at UGA, he spent 14 years as a professor at the University of Missouri School of Journalism and facilitator for its Media of the Future Initiative. Davis has served as executive director of the National Freedom of Information Coalition, where he was principal investigator on a $2 million grant from the Knight Foundation. He also was Executive Director of the Freedom of Information Center at the University of Missouri, which, under his leadership, became the headquarters for the national coalition.

At UF, Davis worked as a research assistant in the Brechner Center for Freedom of Information under the mentorship of the legendary Dr. William Chamberlin.

“Being named an Alumni of Distinction stands as one of the most meaningful honors of my professional career, for which I am deeply grateful,” Davis said. “I came to the University of Florida to work with the best doctoral advisor in the business — Dr. Bill F. Chamberlin — and along the way forged lifelong relationships with so many faculty mentors and doctoral colleagues that continue to enrich my life in so many ways. I owe the program a great deal.”

Davis has written articles for a number of business and trade publications, including Quill and Columbia Journalism Review, as well as editorials for publications such as The Christian Science Monitor and Investigative Reporters and Editors Journal. Prior to his career in academia, Davis worked for newspapers and as a correspondent for Lafferty Publications, an international wire service for financial publications. He is the recipient of the John Aubuchon Freedom of the Press Award from the National Press Club, the Scripps-Howard National Journalism Professor of the Year Award, University of Missouri’s Faculty-Alumni Award and the Provost’s Award for Junior Faculty Teaching.

Adrian Dennis is a staff photographer for Agence France-Presse (AFP), one of the world’s largest and most prestigious news agencies. For the past 10 years, Dennis has directed the agency’s UK sports coverage from his London office.

Dennis has been voted by the Sports Journalists’ Association as Sports Photographer of the Year for 2012 and 2014 and most recently runner-up in 2015. Following the Olympic Games in London, Dennis won 10 major photographic awards, including the title British Sports Photographer of the Year and Best Photograph of the Year, and first prize in the Sports Folio and Olympic Folio of the Year categories from The Press Photographer’s Year 2013. To date he has photographed six Olympic Games in Athens, Beijing, London, Sochi, Vancouver, and Salt Lake City; many Wimbledon Tennis Championships, Ryder Cup and Open Golf Championships. And has covered Football and Cricket World Cups around the globe as well as the bi-annual World Athletics Championships in Finland, Japan, Germany, South Korea, Russia and China.

Dennis worked for the Gainesville Sun and the St. Petersburg Times before returning to his native England in 1996 and worked for the Independent in London before joining AFP in 2000.

“It was an absolute surprise to get a phone call from the Dean,” Dennis said. “I was in the middle of shooting a Premiership football match at the time. I feel it’s really an honor to be made an Alumnus of Distinction. I sometimes stood in the corridors of Weimer Hall reading the biographies of former Alumnus of Distinction when I was a student. After the game, the two-hour drive home just whizzed by I was so excited.” 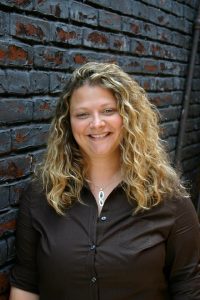 Erin B. Hart is the managing director of Spitfire Strategies in San Francisco. Her career has focused on strategic communication for social change and has worked with foundations, nonprofits, and government agencies to help them engage their audiences and develop programs that make a difference for people’s health, the environment and social justice.

Before joining Spitfire, Hart served as Fenton’s chief client officer and built the Gordon and Betty Moore Foundation’s first communication department. During her time at the Foundation, she helped to forge partnerships in science, patient care and the environment. She also worked with grantees to showcase the importance of scientific research and support work including the Earthquake Early-Warning System and Thirty-Meter Telescope that’s being built on Mauna Kea.

“UF and the college first welcomed me as a journalism student eager to change the world and introduced me to resources and mentors that made that dream a reality,” Hart said. “Today, I’m honored to work with the college as it elevates and defines the role of social change makers and evolves the practice of communication.”

Hart has developed public education campaigns for diversifying the healthcare workforce, a statewide campaign with The California Wellness Foundation that included outreach to decision makers and the successful Health Jobs Start Here for youth and young adults. At her own firm and GolinHarris, she worked with the American Legacy Foundation – and its popular truth campaign – and state and local health departments to develop tobacco-control campaigns that would prevent youth from starting to smoke. Her work in government includes serving as the state of Florida’s environmental education director and developing environmental citizenship campaigns.

Hart is currently the chair of the College’s Public Relations Advisory Council. She has been instrumental in the development of our Public Interest Communication program, working closely and collaboratively with Ann Christiano, the Frank and Betsy Karel Endowed Chair. 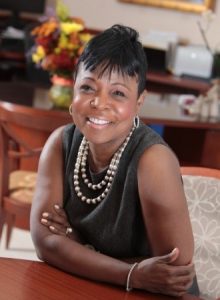 In 2007, King established a scholarship fund in the name of her late grandmother and mother. She has also endowed the Gale V. King Endowed Fund for Excellence at the University of Florida. She is active in the community and currently serves on the boards of the National Urban League, the Columbus Museum of Art and the University of Florida Foundation.

“I am deeply proud and honored to be recognized as an Alumni of Distinction,” King said. “This recognition is a full-circle moment, as it reminds me of my childhood dream to attend UF, my college experience, my professional journey, and now an Alumni of Distinction.  An incredible personal and professional journey, positively impacted by a realized dream.   I am most proud.”

A series featuring significant events in the lives of CJC alumni, faculty and staff.

Where your fellow CJC Gators are today.