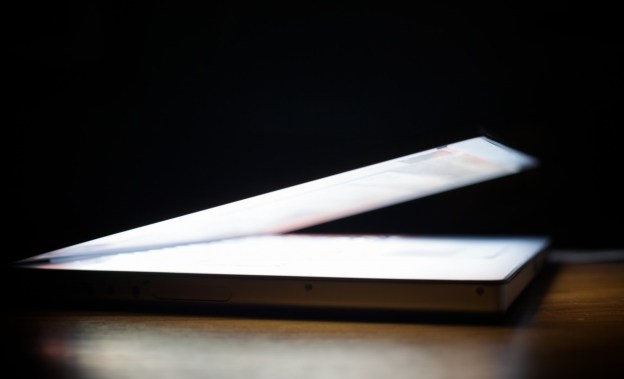 You would know the difference between a “real” news story and a story written for or by an advertiser, right? Especially when a story is labeled “advertisement” right there at the top of your screen. Even if that label was something murkier like “BrandVoice” and pushed down to the bottom of the story, most of us would recognize sponsored content as advertising, right?

A few years ago, noting that $3.2 billion had been spent on native advertising in 2014, two University of Georgia researchers set out to take a closer look into what happens in our minds when we see native ads. Bart Wojdynski and Nate Evans defined native advertising as “any paid advertising that takes the specific form and appearance of editorial content from the publisher itself.”

Those of us working in media and communication programs in colleges and universities need to up our game when it comes to digital literacy.

In a fairly straightforward experiment, Wojdynski and Evans started with a news story about advances in lithium ion auto batteries presented under the banner of a recognizable news organization with a headline, byline and all the conventional appearances of an online news story. But the story definitely had a slant. It prominently featured a particular brand of battery in a positive light and quoted only one source—an executive at the company. Then the researchers designed 12 different versions that varied based on whether the content was labeled “Advertisement,” “Sponsored Content,” “BrandVoice” or “Presented by…” and whether the label showed up at the top, middle or bottom of the story.

They sent the 12 different versions to 242 U.S. residents ranging in age from 19 to 73 and representing diverse demographic groups. Each person was randomly assigned only one version of the story. The idea was to see how different labels and different placement of disclosures would activate critical thinking about the story and the company. For example, would the story be seen as more credible or less credible if the label was presented at the top compared to the middle or bottom of the story? The most remarkable finding from the study: Across all conditions, only 17 of the 242 participants even recognized the article as advertising.

Maybe it was just a fluke. Maybe the people taking the survey just weren’t taking it seriously. (Participants were recruited via Amazon’s Mechanical Turk, which is often criticized for the validity of the data it yields.)

Wojdynski and Evans then ran a second study. This time they recruited undergraduates who looked at native advertising while being monitored with eye-tracking software to see if their gaze would track more toward disclosures at the top, middle or bottom of stories. Of the 60 students, only 11 recognized the material as advertising.

Results from a more recent Stanford study of students across six different universities (including Stanford itself), show equally disheartening results in students’ abilities to apply critical thinking in evaluating claims on social media.

Inspired by the growing body of research in native advertising research that followed those early UGA studies, I started working with University of Florida College of Journalism and Communications Assistant Professor of Adverising Eunice Kim and graduate students Yoo Jin Chung and Brad Horn on some new projects. Two theoretical concepts we are looking at now are sidedness (one-sided or two-sided stories) and expectancy violation (expectations can be violated in negative or positive ways). For example, if someone were to read a very one-sided story on CNN about Samsung’s commitment to safety following its phones blowing up, that type of native advertising (in theory) may violate reader expectations and lead to negative attitudes toward CNN and lower perceptions of CNN’s credibility. It’s a researchable question whether or not Samsung’s brand would be helped or harmed. On the other hand, a surprisingly two-sided story as branded content hosted by Samsung might violate expectations in a good way, leading to more positive credibility or attitudes toward Samsung and its products.

We started by developing several conditions and running a pilot study with 97 undergraduates here in our college. By random assignment, 19 of them were presented with a story deliberately written to be one-sided in favor of Samsung—something that we thought would violate expectations on a news site (in this case we put the story under a CNN banner). When asked whether the one-sided CNN story met their expectations, 13 of 19 of our students said yes, and 10 of those 13 identified the story source as “journalists” rather than “Samsung” or “journalists sponsored by Samsung.” Again, this was just a pretest, and we have a long way to go improving our study design with a larger sample before we can draw any conclusions about sidedness and expectancy violations. But we also have a long way to go in educating generations to come in digital media literacy.

Those of us working in media and communication programs in colleges and universities need to up our game when it comes to digital literacy. We can’t expect K-12 educators to bear all the responsibility, and we shouldn’t be lulled into assumptions that digital literacy is mostly a matter of remedial education by the time students reach college. As teacher-scholars and scholar-teachers, we need to apply what we know from theory and research to our curricula, and we need use our social science research skills to seek evidence of success in teaching digital literacy.

We don’t have to start from scratch. Major research-education partnerships such as the Stanford History Education Group that ran the study mentioned above, Stony Brook’s Center for News Literacy, and The Consortium for Media Literacy’s Medialit.orgoffer excellent resources.

For example, we could start with Medialit.org’s “Five Questions for Media Literacy” to outline intersections of media theory, research, and teaching:

Our mission, after all, is not just to do the research but also to educate informed media producers and consumers for the future of our democracy.

Tom Kelleher is a professor and the chair of the Advertising Department in College of Journalism and Communications at the University of Florida. 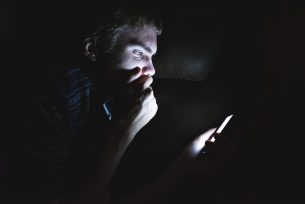 Why do we focus more on the bad than the good? Why do we seek out the more traumatic vs. feel good news stories? It... 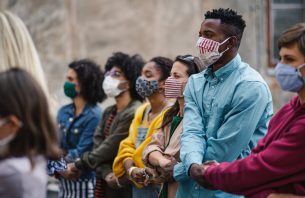 Audience
Communication and Technology
How Consumers React to Woke Advertising

The term “woke” is relatively new. To be woke means to become aware of social issues, such as discrimination, injustice, and stereotypes. Woke advertising is...