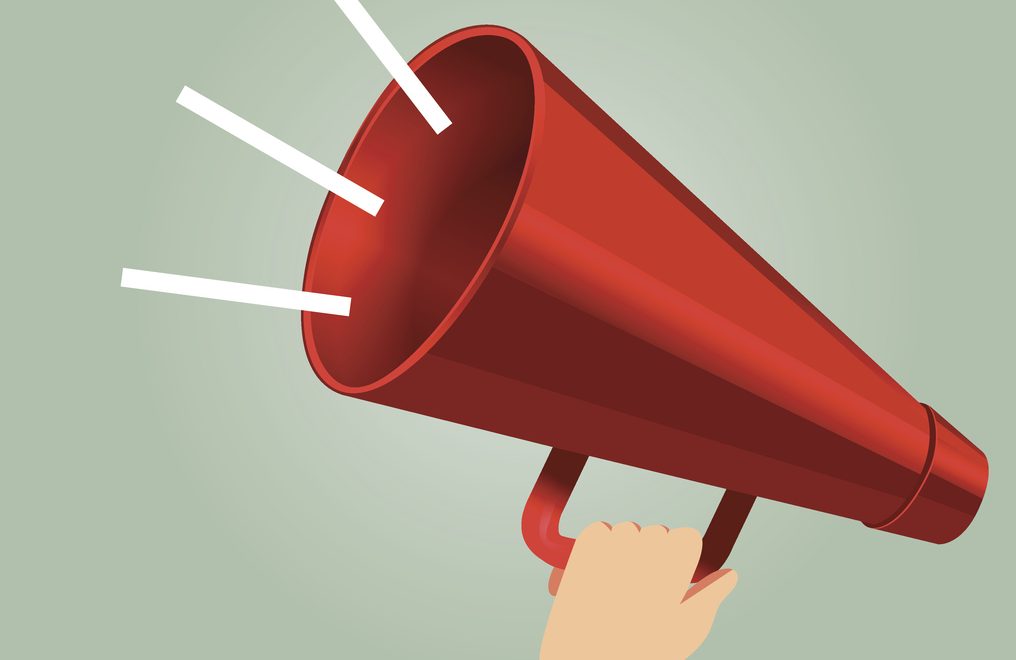 Is Awareness Ever Enough?

In the latest edition of The Stanford Social Innovation Review, Ann Christiano, the Frank Karel Chair in Public Interest Communications, and Annie Neimand, communications manager for the College of Journalism and Communications and research director for frank, argue that changemakers must put an end to raising awareness. Instead, those seeking to move the needle on important issues need to adopt a public interest communications approach to driving social change.

To prepare for the article, Ann Christiano interviewed Kristen Grimm, president of Spitfire, a public interest communications firm about raising awareness and if it has a place in campaigns aimed at driving social change.

This interview has been edited for length

Ann: Raising awareness is not helpful, distracting [us] from the real issues, and it may even cause harm. In your work with clients and coaching nonprofits, is this something you still see people setting as a goal? Where does this come from?

Kristen:To me, the only reason to raise awareness is to then actually get people to use that awareness in some useful way, to avoid harm or to do something better for the world.

And that’s generally what I tell groups every training. Everybody always start with raising awareness as an end into itself. So I will ask them,  “Are you okay if every teen in America knows that texting and driving is dangerous, but they still text and drive? Are you okay with that?”

And everyone would say, “No, of course not. We want them to get off their phones and just drive.” That’s the point. What do you want people to do because they are aware? That is what I would get really focused on. You can start a sentence that way, you just can’t end it.

“What do you want people to do because they are aware? That is what I would get really focused on. You can start a sentence that way, you just can’t end it,” said Kristen Grimm, president of Spitfire

Ann: Just as a thought exercise, what if we abandon the idea of raising awareness and focus simply on the call to action, or in the case of texting and driving, inaction, and really focused on creating the circumstances where people are no longer texting and driving? What would that look like?

Ann: Is there a time when simply raising awareness of something could actually be helpful? With something like hurricane preparedness or texting and driving, you can make a pretty good case that what we want is a specific behavior change and not awareness. But when you get to issues that are murkier, like implicit bias, income inequality, racial inequality and police brutality, raising awareness might be more useful where the solution is not clear. I don’t really know what to do with implicit bias, but being aware that it is a thing makes me more sensitive to it in my own interactions with different people.

Kristen: The thing with implicit bias is they don’t want you to notice it and move on with your life. You are asking them to be aware of it and reflect, or be aware of it and call someone out, or be aware of it and change your own behavior accordingly. You want them to be mindful and do something with that. There is not always an obvious answer. Bullying has run into this a lot. As more people became aware of bullying, I still think a lot of people are unsure what to do exactly. But the point is you are trying to prime them so you can offer them different things that they are willing to do because they are aware that it is a problem.

Sometimes we raise awareness in order to create a cultural-environmental shift. There was this great article the other day, “Did T.V. make us ready for Hillary?” They were talking about just having all these women on television playing presidential characters really changed our views that women could be president. Sometimes awareness is just to make you aware of the possibilities, and there it creates a different reality. It is not always actionable, but it creates space in your brain for later action.

Ann: The other day in class (Ann teaches Public Interest Communications at the University of Florida College of Journalism and Communications) we were talking about Uncle Tom’s Cabin and Harriet Beecher Stowe. They call her book “a book that started a war.” Her book did more to inspire an abolitionist movement than anything the strategists in the abolitionist movement did because her book was so popular and compelling. Even though it was a work of fiction, it helped people understand things in a new way. You can say the same thing about what Orange is the New Black has done for transgender rights and the rights of people in prison. It is changing the way we are perceiving prisoners’ rights.

Would you say that if awareness precedes reflection then awareness can be useful if we just don’t know the answer to the problem yet?  For example, I have used Occupy Wall Street as an example. People camped out for months and months and nothing changed because nobody knew what Occupy wanted. But income inequality was a fundamental talking point in the presidential election because of what Occupy did.

Kristen: Right, you have hit on two things. You are raising awareness to what? Go back to Orange is the New Black. We wanted to raise awareness so people would empathize with prisoners. We thought if more people empathized with prisoners we [would] have an easier time getting reforms through. So I think you can have raising awareness for the purpose of an emotion. We know in order to get people do anything one of the first steps is they have to empathize with that population. It still raises awareness for a purpose, but that purpose is not for hardcore action, it could be for an emotion.

I would say the same thing for Occupy Wall Street. You can say, “I want to raise awareness for the purpose of making inequality part of the national agenda.” And five years later it is front and center. That can be your purpose, to raise the volume, because if we are talking about it we are more likely to do something about it. But you are still raising awareness for a purpose – to heat up a conversation. There is never awareness where you don’t want it to change the person who became aware.

Kristen: In The Activation Point, I discovered it goes into three categories, if you want to change something. You have to share knowledge, build will and then reinforce action. That first part, sharing knowledge, is you have to know, care and believe. A lot of times we do have knowledge. Like we knew a lot of people were getting locked up, we just didn’t care. Maybe because it wasn’t personal to us, maybe we didn’t understand who those people were.

Even when you look at stop and frisk, it is about who you believe. The community is saying, “When they stop and frisk, they are violating our rights. It isn’t making anyone safer and it just creates a really horrible situation for people who are already disenfranchised.” The police chief is saying, “This is how we keep the streets safe, and if we don’t like how you look we are going to frisk you and that will keep everyone safer.”

So those are two completely different visions of the same issue. For a long time we believed the police chief. After a while, we started believing the community because enough people showed us images, people we can empathize with, people who probably shouldn’t be stopped and were just getting stopped because of the color of their skin. And that vision ultimately is here today.

Ann: Have you seen a client or a nonprofit you have been coaching turn the corner on awareness?

Kristen: I certainly think within the criminal justice field you have seen people get really advanced in getting off the numbers of people incarcerated. Those statistics didn’t matter until people had something to anchor them into. Instead of focusing on the awareness of the numbers, focusing on the care and believe, care these people are getting shafted and believe this is not right for this country. Because they focused on different legs of that stool, you see the ability for more reforms, which you weren’t able to see before.

I think about the gender pay gap. This was an issue I heard about when I was in college. Only recently have we seen more efforts with Hollywood stars speaking out. You think about how long this has been going on. People just stay in that rut of, “Oh, if people just really knew the statistic, they would get so pissed off.” As opposed to how people’s brains work, with implicit bias. Like “men are the head of the household, so they need to get paid more.” They rationalize that statistic.

One of the most interesting things I have seen recently is a campaign that went after getting a regulation, where if you are over a certain size of a company, you have to report your salary data. This is a great change. Suddenly you are bringing transparency to it, and now companies are going to have to own up to it. That made it actionable for people to look at what their practices are, because they are going to have to report it to the government. They are making people aware because they have to report the data, and they’re actually saying “you should look at it because we are going to be looking at it too,” and that is going to change a lot. 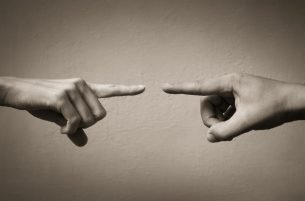 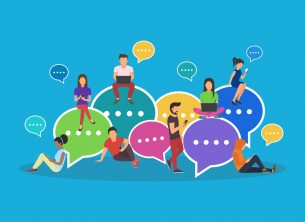 Social change communicators running social media campaigns should ensure people feel they are able to help resolve the issue and tout the benefits of participating...