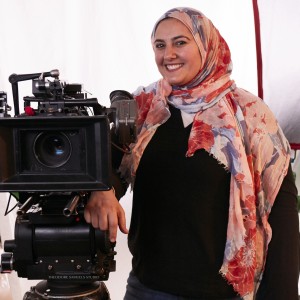 Iman Zawahry is one of the first hijabi American-Muslim filmmakers in the nation.  She has worked on numerous films that have played at over 150 venues worldwide. She’s an Emmy award winner, Princess Grace Award recipient, a Lincoln Center Artist Academy Fellow, and Sundance Momentum Fellow. She is also the co-creator of the first American Muslim film grant with Islamic Scholarship Fund where she currently serves as Director of Film Programs. Iman works to amplify the underrepresented female voice and frequently consults and speaks across the nation on Muslims in Film. Her debut film, Americanish, has been screened in fifty festivals world wide and has won twenty five awards, including best director and best film. She has also directed television for the CBC Gem series “Zarqa”.

Iman is currently faculty of film production at the University of Florida where she focuses on narrative film. Iman was awarded the College of Journalism and Communications Mentor of the Year Award as well as named one of UF’s Most Inspirational Women. She was a part of the President Speaker’s series at the University where she spoke of her journey in filmmaking. Iman’s student films have won numerous awards in film festivals nationwide including best film and UF’s first narrative film Student Regional Emmy award.