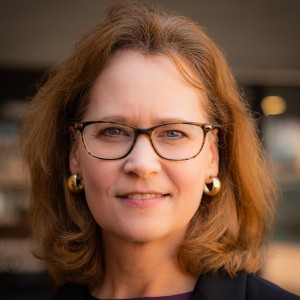 Dr. Coffey received her doctorate from the University of Georgia, where she focused on media management, economics, and audience issues. Her research interests stem in part from her professional news background, which included positions with CNN in Atlanta, as well as reporting, anchoring, assignment editing, and production positions in television and radio in Ohio, Tennessee, and Georgia. Dr. Coffey teaches courses in audience analysis and serving diverse audiences, media management, and innovation/entrepreneurship. Her research interests include audience economics and language, with an emphasis on non-English language media content within the United States, as well as market segmentation and other strategic competition issues. As a secondary area, she has examined the utility of new media spaces, including virtual environments such as Second Life. Her work has been published in such journals as Journalism & Mass Communication Quarterly, Journal of Advertising Research, Communication Law & Policy, International Journal on Media Management, and the Journal of Media Business Studies. Dr. Coffey has been awarded grants by the National Association of Broadcasters and the U.S. Department of Defense and has made presentations at meetings of the Association for Education in Journalism and Mass Communication (AEJMC), Broadcast Education Association (BEA), the International Communication Association (ICA), and the World Media Economics & Management Conference (WMEMC). Coffey also holds a masters degree in journalism from The Ohio State University and has served on the faculty of Berry College in Mt. Berry, Georgia. She was named to the U.S. State Department Fulbright Specialist Roster and has been a visiting professor at the Universidad de Navarra in Pamplona, Spain.

Dr. Coffey is an affiliate faculty member of the UF Center for Latin American Studies. She was awarded a University of Florida Research Foundation Professorship (2014-2016) and a UF Term Professorship (2017-2020). Coffey has also received the College of Journalism and Communications’ Faculty Research Award, Faculty Service Award, Teacher of the Year Award,  International Educator of the Year Award, and the Outstanding Dissertation Advisor/Mentoring Award. She serves on the editorial boards of the International Journal on Media Management, the Journal of Media Business Studies, and the International Journal of Hispanic Media. Coffey was elected to the AEJMC Standing Committee on Research, where she also served as chair and a member of the AEJMC Board of Directors.

Coffey, A.J. (2013). Understanding the invisibility of the Asian-American television audience: Why marketers often overlook an audience of “model” consumers. Journal of Advertising Research, 53(1), 101-118.

Dr. Coffey’s research centers on media management and economics, and audience valuation and non-English language audiences in the United States in particular. She has examined linguistic market segmentation and Hispanic television audiences, as well as the legal and economic questions of market definition. Coffey has researched the utilization of new media spaces by media firms and has also collaborated with an interdisciplinary group of scholars exploring the value and efficacy of virtual environments, such as Second Life, based on cognitive and cultural sensitivity outcomes.