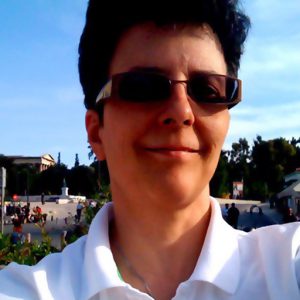 She has led journalist training workshops in South Africa, Argentina, Vietnam, Laos, and Bulgaria on missions for the U.S. State Department. She has also given presentations about online journalism in Britain, the Czech Republic, Denmark, Italy, the Netherlands, Russia, Switzerland, Thailand, and Canada. In 2011-12 she was a Fulbright Senior Scholar on a teaching grant in Indonesia for 10 months. Her first Fulbright award was in 2004-05, for teaching/research in Malaysia for eight months.

Before moving to Florida, she worked on the Metro desk at The Washington Post and at TIME magazine in New York. In 1994, she was the first content developer at Digital Ink, The Washington Post’s first online newspaper. In the mid-1980s she was a business editor and reporter covering personal computers, and earlier, a copy editor at Dell Publishing in New York.

Professor McAdams studies new communication technologies, online journalism, interactivity and multimedia, the Internet, and changes in societies that are related to the adoption and diffusion of new communication technologies. She is especially interested in ways of ensuring that people in a democratic society have the information they need to effectively self-govern.