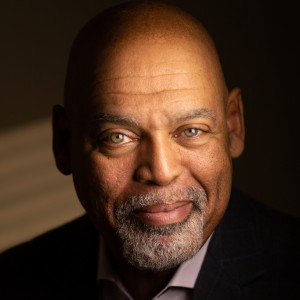 For a full profile of Dean Brown visit: jou.ufl.edu/hub-brown

Hubert “Hub” Brown joined CJC as dean on June 25, 2021. Brown came to UF from the Newhouse School of Public Communications at Syracuse University, where he served as Associate Dean for Research, Creativity, International Initiatives and Diversity, and an associate professor of broadcast and digital journalism. As Associate Dean, Brown managed the Newhouse School’s incentives to facilitate research and creative activity, aided department chairs, the School’s Diversity Committee, and individual faculty members in promoting diversity in curriculum, faculty hiring and student recruitment, and promoted international engagement among faculty and students, including student/faculty exchange, memoranda of understanding and promotion of the Newhouse School abroad.

Brown had been a member of the Newhouse School faculty since 1996. He has taught broadcast reporting, newscast production and performance, mass media ethics, and media and diversity.

Brown has more than 15 years experience in reporting, producing and anchoring, for commercial local news and in public television. His experience ranges from political and state government reporting to producing public affairs documentaries.