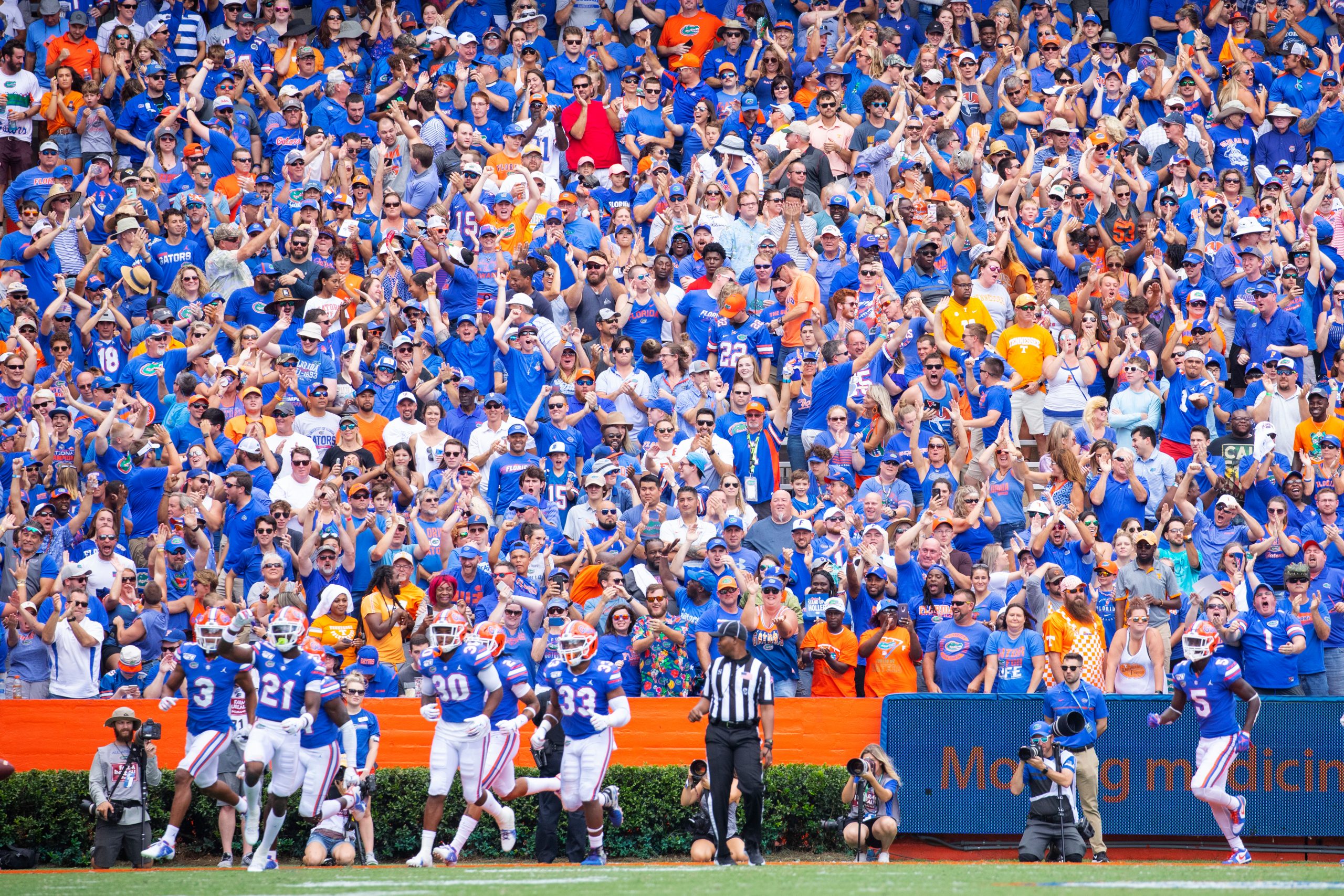 Universities Continue to Block Athletes from Talking to the Media. That’s Got to Stop

There has never been a time when America more urgently needed to hear the voices of college athletes.

Fall sports tentatively resumed across America’s college campuses under the shadow of a deadly pandemic that has already cost one college football player his life. Abusive behavior by coaches is belatedly coming to light as former athletes share their stories. And the young Black men who disproportionately make up the rosters of revenue-generating sports are also those at greatest personal risk of overzealous police violence.

Yet for athletes at many of the nation’s top athletic programs, talking to the news media is regarded as a punishable offense. Players caught giving interviews without their athletic department’s approval — about any topic, even one unrelated to sports — can be punished with sanctions including withdrawal of their scholarships, ending their college careers.

In a just-published study for the Nebraska Law Review, our research team at the Brechner Center for Freedom of Information sought to answer two questions: How often are public universities gagging athletes from speaking to the media, and is it legal for them to do it?

Our answers: frequently, and no.

Our research looked at the policies at public university athletic programs regulating student-athletes’ communications with the media. Using a combination of public records requests and online searches, we gathered rulebooks from 58 state universities that compete in the NCAA’s elite Division I. (The study included only public universities, because the First Amendment doesn’t apply to private institutions.)

Of the 58 handbooks, 50 of them — or 86 percent — explicitly forbade athletes from speaking to journalists without permission from the athletic department.

Some, we found, go even further. They affirmatively discourage blowing the whistle on anything within the athletic program, even mistreatment by coaches or teammates. East Carolina University, for instance, tells football players: “If you do not have anything good to say, do not say anything at all. DO NOT COMPLAIN ABOUT THE COACHES, TEAMMATES OR THE UNIVERSITY.” Kent State University instructs all of its athletes: “Don’t take your complaints to the media. The coaches’ office is the only place for these.”

High as it is, the 86 percent figure almost certainly understates the pervasiveness of gag rules, because even some universities that claimed to have no written policy said coaches instruct their players verbally.

Knowing that colleges pervasively forbid athletes from talking to journalists without approval, the next question became: Is this legal?

Is College Sports a ‘Constitution-Free Zone’?

Undoubtedly, colleges have convinced themselves that they have the legal authority to control what athletes say, because they control essentially every other aspect of players’ lives: what they eat, where they live, what medical treatment they receive. But speech is different, because it’s explicitly protected by the Constitution.

Of all of the possible affronts to the First Amendment, courts most forcefully disapprove of the “prior restraint” — a blanket prohibition that keeps speakers from being heard. An order forbidding unauthorized contact with journalists is a classic prior restraint.

Let’s assume athletes have only the level of free-speech rights that state employees have. Fifty years of legal precedent tells us that government employers can’t gag public employees from giving “unapproved” interviews (even though many are unaware they’re breaking the law). So if athletes are regarded as “university employees,” it’s unconstitutional to tell them not to give interviews.

But athletes aren’t employees — as colleges will be the first to tell you. In fact, the then-head of the NCAA popularized the buzzword “student-athlete” in the 1950s in reaction to a widow’s attempt to claim employee death benefits after her husband died playing football. Although athletes are increasingly winning the right to obtain previously-taboo financial compensation and endorsements, colleges disclaim “employee” status (and, in fact, fought fiercely to defeat a unionization effort when Northwestern football players sought recognition by the National Labor Relations Board).

While universities might argue that athletes have even fewer First Amendment protections than employees, because they sign away all of their free-speech rights when they accept a scholarship, that argument would likely fail. First of all, 46 percent of athletes who compete in Division I are walk-ons who receive no scholarship — but athletic departments don’t give them any greater freedom to speak. And second, the Supreme Court refuses to honor broad First Amendment waivers in exchange for government benefits.

It’s constitutional for a state agency to enforce what the courts call “narrowly tailored” policies that restrict no more speech than absolutely necessary. So a college could legitimately tell athletes not to give away secret game strategies, or to stay off the phone during pregame warm-ups. But none of the 50 speech-restrictive policies we reviewed contains any stopping point — they apply 24/7, regardless of whether the athlete wants to give an interview about racial injustice, or the designated hitter rule.

Restrictions on speech can sometimes be salvaged if there is an overwhelmingly compelling justification. But the justifications that colleges offer are the opposite of compelling: avoiding controversy or criticism, or saving athletes from making a misstep that might cost them professional opportunities. In the land of the First Amendment, “stopping people from saying something they might regret” is the weakest possible rationale.

To determine whether it’s genuinely a problem for sports journalists to run their interview requests through an athletic department gatekeeper, we asked the Associated Press Sports Editors to survey member journalists about their experiences. Of 32 sports editors who responded, only three (9 percent) said that, when they go through a sports information officer to request an interview, they are always successful; 21 (66 percent) said they were sometimes unable to get the access they needed and eight (25 percent) said they “regularly” were refused access. And 29 out of 32 (91 percent) said that inability to get access to college athletes adversely affected their coverage.

In an interview with investigative reporter Sara Ganim for her podcast series, “Why Don’t We Know,” athlete-rights activist Ramogi Huma of the National College Players Association called the gagging of athletes “unforgivable” — especially at a time when colleges are risking athletes’ health as “test subjects” during a pandemic.

Our findings align with recent disclosures by the investigative college sports website, The Intercollegiate, which used public-records requests to obtain hundreds of athlete rulebooks and found a culture of obsessive control pervading every aspect of college athletes’ lives. One university told football players they must notify the head coach if they plan to get married, while others told athletes they were forbidden from speaking any language other than English during practices.

Taking on the Gatekeepers

While some college handbooks are silent about any type of enforcement mechanism, at least a few, including UCLA’s, explicitly target the journalist — not the athlete — if an interview is sought or given without approval. (In one especially egregious example, University of Oregon student journalist Kenny Jacoby was reprimanded just for phoning athletes and their parents, and told that future infractions might result in suspending the newspaper’s basketball credentials.)

It’s somewhat murkier whether a news organization would have a successful First Amendment claim if the penalty fell on the journalist seeking the interview, not the athlete giving it. Logically, the First Amendment should protect both sides in the conversation equally. But if the punishment costs the journalist nothing more than lost access to future interviews, it’s not entirely clear that courts will recognize a First Amendment violation.

In an unhelpful 2006 ruling, a federal appeals court dismissed a First Amendment claim on behalf of two Baltimore Sun reporters who were frozen out of access after Maryland’s governor declared them to be untrustworthy because of their unflattering coverage. The Fourth Circuit U.S. Court of Appeals concluded that “no actionable retaliation claim arises when a government official denies a reporter access to discretionarily afforded information or refuses to answer questions.”

But that case almost certainly came out wrong. The courts have been unmistakably clear for 50 years that any government action meant to deter a speaker from speaking is enough to violate the First Amendment, even taking away a purely discretionary benefit or privilege. A news organization that loses anything of value for speaking to an athlete — a seat in the press box, a sideline photo pass, an invitation to postgame press conferences — should have a constitutional claim.

In August, Texas Tech fired women’s basketball coach Marlene Stollings after a wave of players left the team amid the disclosure of disturbing exit interviews with graduating players who reported that members of the coaching staff endangered their health during practices, insulted them for gaining weight, and refused them help with depression. The University of Iowa parted ways with the football program’s longtime strength coach in June, after former players accused him of abusive treatment and racist remarks.

As wave after wave of official misconduct comes to light across college sports — molestation of gymnasts by Michigan State physician Larry Nassar, decades of sexual abuse by an Ohio State wrestling coach — the toll of gagging athletes comes into clearer focus: The enforced culture of silence leaves young people vulnerable to exploitation by trusted authority figures. When athletes’ interactions with the press and public are filtered through university image-minders, wrongdoing will go undetected and multiply.

There is reason to believe that the wall of silence is crumbling. Beginning with racial-justice awareness efforts inspired by the NFL’s Colin Kaepernick and continuing into the present day as the national roils in outrage over racial bias in policing, athletes are finding their voices and engaging in — and at times, leading — the public debate.

So far, in this season of newfound outspokenness, there is no documented instance of a college punishing either a journalist or a player for violating a prohibition on interviews. So colleges may be awakening to the reality that, just as they can’t stop athletes from earning money, they also can’t stop them from sharing their opinions about contemporary social issues — or the conditions within their own programs.

Frank LoMonte is a media lawyer and director of the Brechner Center for Freedom of Information at the University of Florida. He can be reached at flomonte@ufl.edu. 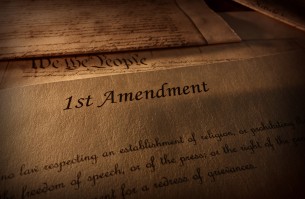