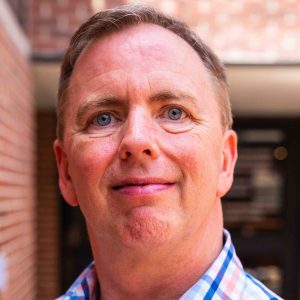 Frank LoMonte was named director of the Brechner Center in August 2017.

Previously, he was the executive director of the Student Press Law Center (SPLC) in Washington, D.C. since 2008.  During his tenure, he launched a number of major programming initiatives, including the “New Voices” initiative that has resulted in enactment of fortified legal protections for student journalists in 13 states, and the “Active Voice” fellowship program for college undergraduates to design “press freedom service projects” amplifying the voices of young women, who experience the brunt of school censorship.

Before joining the SPLC, LoMonte practiced law with Sutherland Asbill and Brennan LLP in Atlanta and clerked for federal judges on the Northern District of Georgia and the Eleventh Circuit U.S. Court of Appeals.

Prior to embarking on his legal career, he was an investigative journalist and political columnist. He was the capitol correspondent for the Florida Times Union (Jacksonville), Washington correspondent for Morris News Service and the Atlanta bureau chief for Morris.

He was the Otis Brumby Distinguished Visiting Professor of Law at the Georgia Law School in spring-summer 2014 and has been a lecturer since 2015 in the University of Georgia Washington Program, teaching a course for undergraduates on “Law of Social Media.”

Putting the ‘Public’ Back into Public Employment: A Roadmap for Challenging Prior Restraints That Prohibit Government Employees from Speaking to the News Media, 68 Kan. L. Rev. 1 (2019)

Shrinking Tinker: Students are Persons under Our Constitution – Except When They Aren’t, American University Law Review (June 2009)