In a Zoom room filled with CEOs of non-governmental organizations, activists and lobbyists, Snapchat CEO Evan Spiegel called out Jacob Sedesse. He recognized him as a member of the Snapchat generation, and as a 20-year-old University of Florida College of Journalism and Communications (UFCJC) student, he is that and more.

The Media Production, Management and Technology (MPMT) junior holds many titles: Producer, anchor, life-long advisory board member, technology lover. UFCJC helped him earn these, but his path to tech reporting began far before he became a Gator.

Fridays after elementary school meant fun time. His mom, who works at University of Florida Information Technology, proposed some options.

Daily reads of tech blogs accompanied his childhood mornings. He followed Apple’s every move and monitored the video game industry with an avid eye.

“It became such an important part of my life,” Sedesse said. “And now it’s what I do.”

Sedesse married this affinity for technology with journalistic storytelling, creating a future career path for himself. But journalism didn’t always appeal to him. The Gainesville native earned his Associate Degree in Theater at Santa Fe Community College while still in high school. He planned to graduate from UF in two years and never thought he would enjoy news, but UFCJC experiences convinced him to stay.

He started as a crew person for WUFT-TV, operating cameras and mixing audio. He watched his peers present the news and he thought to himself: “I think I could do that. I have my theater degree. I would love to present on there.”

Kalisha Whitman, senior TV news manager in the College’s Innovation News Center (INC), encouraged Sedesse to start with radio and enroll in her TV1 summer course. Even though he had no prior reporting experience, she had full faith in him and his film background.

“She took a massive gamble on me,” Sedesse said. And for that, he is grateful.

Throughout the summer, reporting ignited a new passion. “Gosh, I really do love this stuff. I really could do this,” he thought to himself.

He produced his own two-minute segment called “Tech Tomorrow,” which informed the audience about the top tech news. He broke stories like UF moving its Gator One card system to Apple’s mobile wallet and NASA revealing its Artemis launch would be streamed in 4K, which is one of his favorites. The story behind it is what makes it memorable.

It was 1 a.m. on Aug. 29, and Sedesse sat in the car on his way to the Kennedy Space Center. In 10 minutes, he explained to the Gainesville audience, based on his own knowledge of 4K, that they would be able to watch the launch in four times the quality as before. He sent the story to INC Director Denise Vickers, who approved it and published it minutes later. (Sedesse and Vickers covered the actual launch of Artemis I on Nov. 16).

That article holds a special place in his heart.

“What I love about technology reporting is being able to explain things that are so complex and things that fascinate me,” Sedesse said.

Throughout the summer, he was able to do what he loves. And opportunities kept coming.

A vacant producing role for WUFT TV’s weeknight newscast “First at Five” enticed him. He hadn’t taken the producing classes, but was confident in his skills.

So, he asked the INC news managers and directors “Will you trust me for these six weeks of Summer B to put the show together?” And they did.

In two weeks, he produced full shows powered by belief in himself.

“I wouldn’t have been able to accomplish so much if my professors didn’t put so much trust in me,” Sedesse said. “And now it’s my whole life.”

The INC is his second home. Fourteen-hour days are something he wouldn’t trade for the world. They’ve granted him friendships — a family of sorts.

Every morning, Sedesse walked to Norman Hall and sat alone in the front row. No other student came to the class in person, which allowed for conversations between McNealy and Sedesse about the First Amendment, the implied right to privacy, and protections for copyright. He would leave class with gears turning in his head.

Over the summer, he joined McNealy in a media law research assistantship to further explore issues of privacy and security while working toward an artificial intelligence (AI) certificate.

Technology, media law and AI ethics led him to think back to his time on the Microsoft Council for Digital Good in 2017 when he, and several other teenagers, provided their thoughts on digital policies and discussed how to prevent minors from being targeted online.

He sent an email to his adviser from that council as an update. And she replied.

“You emailed me at the perfect time,” she wrote. “We have these applications for our board.”

Snap Inc., the parent company of Snapchat, opened applications for its advisory board, which is comprised of 15 professionals from online safety-focused nonprofits, technologists, academics, researchers and survivors of online harm and three youth advocates.

Sedesse applied and became one of the three youth voices on the board. He now serves a life term and will advise the company on its safety and security policies for its platforms. 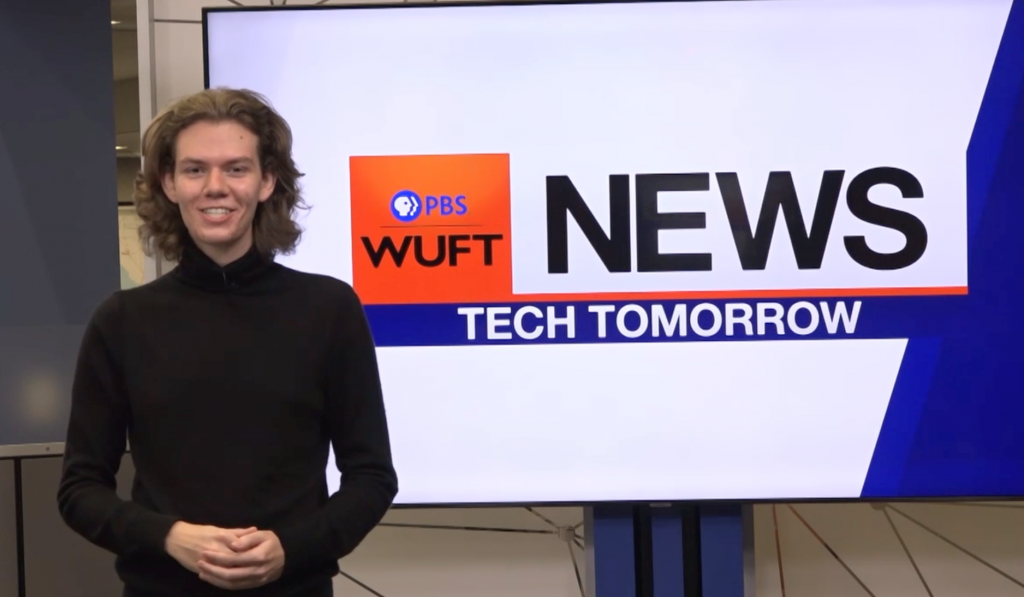 Where he will land after he leaves college is an unanswered question for Sedesse. But upcoming summer travels to Snapchat’s Santa Monica headquarters might give him a sneak peek into his future. He hopes to call Los Angeles home one day.

“L.A. is calling my name,” Sedesse said. “Everything I love comes out of there, and it just feels like I need to be there.”