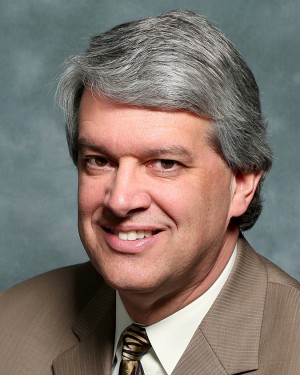 Richard W. Schneider, TEL 1984, is president & CEO of Maine Public, the statewide network for NPR and PBS. He previously served as CEO of WPBT2 in Miami and Channel 5 Public Broadcasting (KNPB) in Reno, Nevada.

Following graduation, Rick moved to WPTV in West Palm Beach as a reporter and anchor, then to New York City, working as a weekend reporter at WPIX while attending the Columbia University Graduate School of Journalism. After graduation, he became a Washington correspondent for Post-Newsweek Stations, reporting for WPLG/Miami, WJXT/Jacksonville, WDIV/Detroit, and WFSB/Hartford.

He returned to Gainesville in 1990 as news director of WUFT-TV, where he managed the news operation and taught television reporting in the College. He hosted the public affairs program North Florida Journal and was honored with a Scripps-Howard National Journalism Award for the documentary “A Community Crisis: The Gainesville Student Murders.“ He served as station manager of WUFT-TV from 1992-1998.