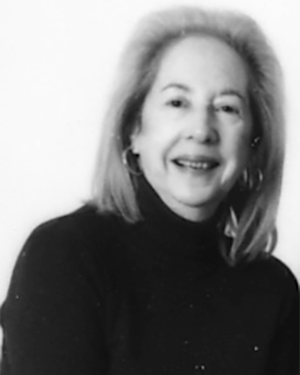 She was a founding member of “New Direction for News,” a journalism think tank established at the University of Missouri in 1987. She also served on the executive board and was chairman of the research committee, which undertook an industry wide study of innovations in the delivery of news.

She eventually moved to television and became Vice President of News for CitiCasters, a radio and television group based in Cincinnati, where she directed news and marketing operations for the company’s television stations. She retired from television in 1996 when CitiCasters was sold.

In the 1960s, she worked in South Florida and wasactive in the Miami community. She was a member of the American Jewish Committee, Miami, and served as a trustee on the Dade County Library Advisory Board. She received the Star Award in Television granted for commitment to the issues and concerns of women in 1996, and public service awards from the Florida Women’s Press Club in 1960 and 1962.  She and her husband, Stanley, live in Miami.