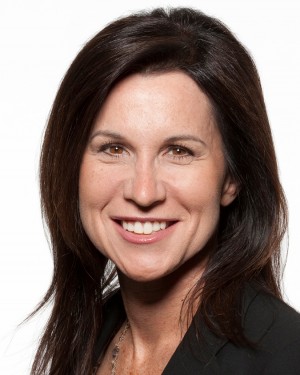 Kirsten Prebianca Flanik, ADV 1989, is President of BBDO New York. In addition to her agency responsibilities, she oversees the Mars business (which includes the company’s major chocolate, pet and food brands), the FedEx business and the agency’s public service efforts in support of Autism Speaks.

Since joining BBDO in 2006, Kirsten has been named among the “30 Most Powerful Women in Advertising” by Business Insider as well as a “Woman to Watch” and one of the “100 Most Influential Women in Advertising” by Ad Age.  She helped the agency win back Snickers with the launch of the “You’re not you when you’re hungry” brand positioning and is responsible for the commercial featuring Betty White that was the most popular during the 2010 Super Bowl.

Outside of her day-to-day responsibilities, Kirsten serves on the board of Somerset Hills Learning Institute, one of the premier institutions for children with autism. She also is a member of Advertising Women New York and BBDO’s Women Leadership Council, a group dedicated to helping women succeed in the workplace.

Kirsten began her advertising career in her home state of Florida, first at Fahlgren and then at WestWayne, where she cut her teeth on brands like McDonald’s, Publix, and Dollar Rent-a-Car.  She then made the move to Fallon Minneapolis and spent 6 years working on the United Airlines business.  In 2001, she made her move to New York City, where she joined Cliff Freeman and Partners to lead the Mohegan Sun and Quizno’s restaurant accounts, Kirsten then joined BBH in June 2002 as Group Account Director, overseeing brands such as AXE, Johnnie Walker and British Airways.  During her tenure at BBH, she also served as Joint Head of Account Management and Business Development Director.

Kirsten currently resides in Brooklyn with her husband and two children.