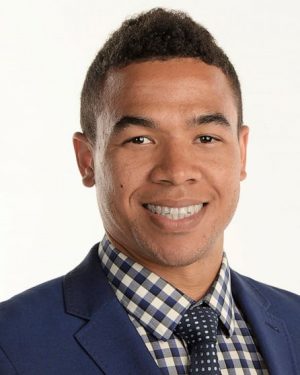 Edward Aschoff, B.S. Journalism, 2008, was a respected college football reporter who passed away on Dec. 24, 2019 — his 34th birthday — after a brief illness. Aschoff started working for ESPN.com in 2011 as an SEC reporter. He moved to Los Angeles in 2017 for a more expanded reporting position that included television coverage. Over the past three seasons, Aschoff reported for ESPN.com, SportsCenter, SEC Network and ESPN Radio, in addition to working as a sideline reporter during college football games for both radio and TV.