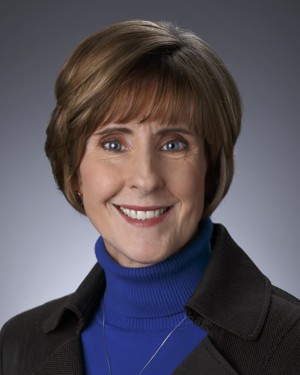 Christine Ahearn, TEL 1981, has served as vice president of corporate communications for Lowe’s Companies Inc. since 2010 after serving as vice president of public relations since 2006. She is responsible for the company’s media relations, internal communications and business television network, as well as community philanthropic and volunteer efforts. She joined Lowe’s in 2000 and has more than 30 years of experience in communications, including more than 20 years of corporate and crisis communications and eight years as a television news reporter. Prior to joining Lowe’s, she served as spokesperson for Food Lion, managing local and national media relations. She entered public relations in 1988 following a career as a television news reporter and anchor at KOCO-TV in Oklahoma City and WLUK-TV in Green Bay, WI. She earned a bachelor’s degree in broadcasting from UF in 1981 and an MBA from Oklahoma City University in 1990. She was honored with the Charlotte Business Journal’s Women in Business Achievement Award in 1997. She has been an active volunteer with Habitat for Humanity, serving on its Women Build Steering Council. She was a member of UF’s Public Relations Advisory Council from 2006 to 2012 and serves on the board of directors of the Mooresville-South Iredell Chamber of Commerce.