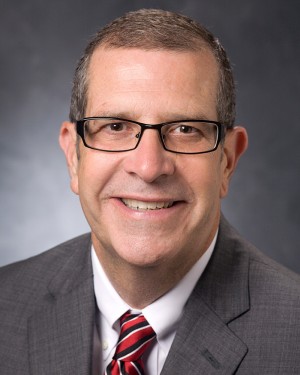 Charles N. Davis, PhD 1995, has served as the Dean of the University of Georgia Henry W. Grady School of Journalism and Mass Communication since 2013. Prior to his appointment at UGA, he spent 14 years as a professor at the University of Missouri School of Journalism and facilitator for its Media of the Future Initiative. Davis has served as executive director of the National Freedom of Information Coalition, where he was principal investigator on a $2 million grant from the Knight Foundation. He also was Executive Director of the Freedom of Information Center at the University of Missouri, which, under his leadership, became the headquarters for the national coalition.

At UF, Davis worked as a research assistant in the Brechner Center for Freedom of Information under the mentorship of the legendary Dr. William Chamberlin.

“Being named an Alumni of Distinction stands as one of the most meaningful honors of my professional career, for which I am deeply grateful,” Davis said. “I came to the University of Florida to work with the best doctoral advisor in the business — Dr. Bill F. Chamberlin — and along the way forged lifelong relationships with so many faculty mentors and doctoral colleagues that continue to enrich my life in so many ways. I owe the program a great deal.”

Davis has written articles for a number of business and trade publications, including Quill and Columbia Journalism Review, as well as editorials for publications such as The Christian Science Monitor and Investigative Reporters and Editors Journal. Prior to his career in academia, Davis worked for newspapers and as a correspondent for Lafferty Publications, an international wire service for financial publications. He is the recipient of the John Aubuchon Freedom of the Press Award from the National Press Club, the Scripps-Howard National Journalism Professor of the Year Award, University of Missouri’s Faculty-Alumni Award and the Provost’s Award for Junior Faculty Teaching.