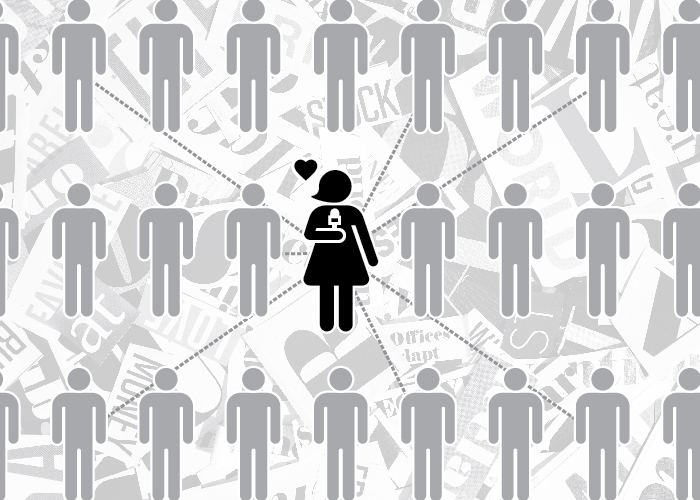 When a fictional female journalist appears on screen, chances are she’s about to sleep with one of her sources. It’s a trope that infuriates actual women in news media — and it can have real-life consequences, says University of Florida researcher Frank Waddell, Ph.D.

In shows like “House of Cards” and movies like “Thank You for Smoking,” female reporters are quick to trade sex for information. Even when sex with sources has nothing to do with ambition — such as the hookups in “Sharp Objects,” “Top Five,” “Trainwreck,” and the “Gilmore Girls” reboot, to name a few — it still portrays unethical behavior.

“In the past 20 to 30 years, Hollywood has really latched on to this. It’s incredibly consistent,” Waddell said.

At the same time, threats to female journalists have increased. A UNESCO study of 901 journalists from 125 countries shows that 73% experienced online harassment. And in a 2019 survey of women and gender non-conforming journalists in the United States and Canada, 70% experienced threats and 85% felt they had become less safe in past five years.

Waddell, an assistant professor in UF’s College of Journalism and Communications, wanted to know who believes these sexist portrayals, as research shows we’re most affected by media we perceive as realistic. In a study published in Journalism Studies, he was surprised to uncover no difference between men and women or liberals and conservatives, who tend to indicate lower levels of trust in mainstream media. Less surprising: People who already held sexist beliefs about women journalists found the portrayals believable. With repetition, Waddell explains, those views become more entrenched, creating a vicious cycle.

Understanding who falls for skewed portrayals of female journalists is the first step in finding solutions, he says.

“This is a very specific slice of the pie, but it’s in the context of a larger conversation about declining trust in media overall,” said Waddell, who is part of UF’s multidisciplinary Consortium on Trust in Media and Technology.

In his original concept for the experiment, Waddell wanted to contrast reactions to sexist portrayals of women journalists in popular shows and movies with positive ones. He couldn’t find any.

“I was actually struggling so badly to find positive examples that I couldn’t do that part of the study,” he said. (“Spotlight,” the chronicle of the Boston Globe’s reporting on child sex abuse in the Catholic church, is a rare exception, but Waddell was concerned that the subject matter could have skewed the data.)

Because most people have few, if any, first-hand encounters with reporters, Hollywood can have an outsized influence. Ways to counter that could include increased contact between regular folks and journalists, whether it’s through town hall events, expanded social media interaction, or creative approaches to demystifying what goes on inside a newsroom, Waddell said.

“I’m also hoping that Hollywood can do a better job finding ways to dramatize the practice of journalism,” he said. “People are treating women in the newsroom differently because they fail to recognize what they’re seeing has nothing to do with real life.”