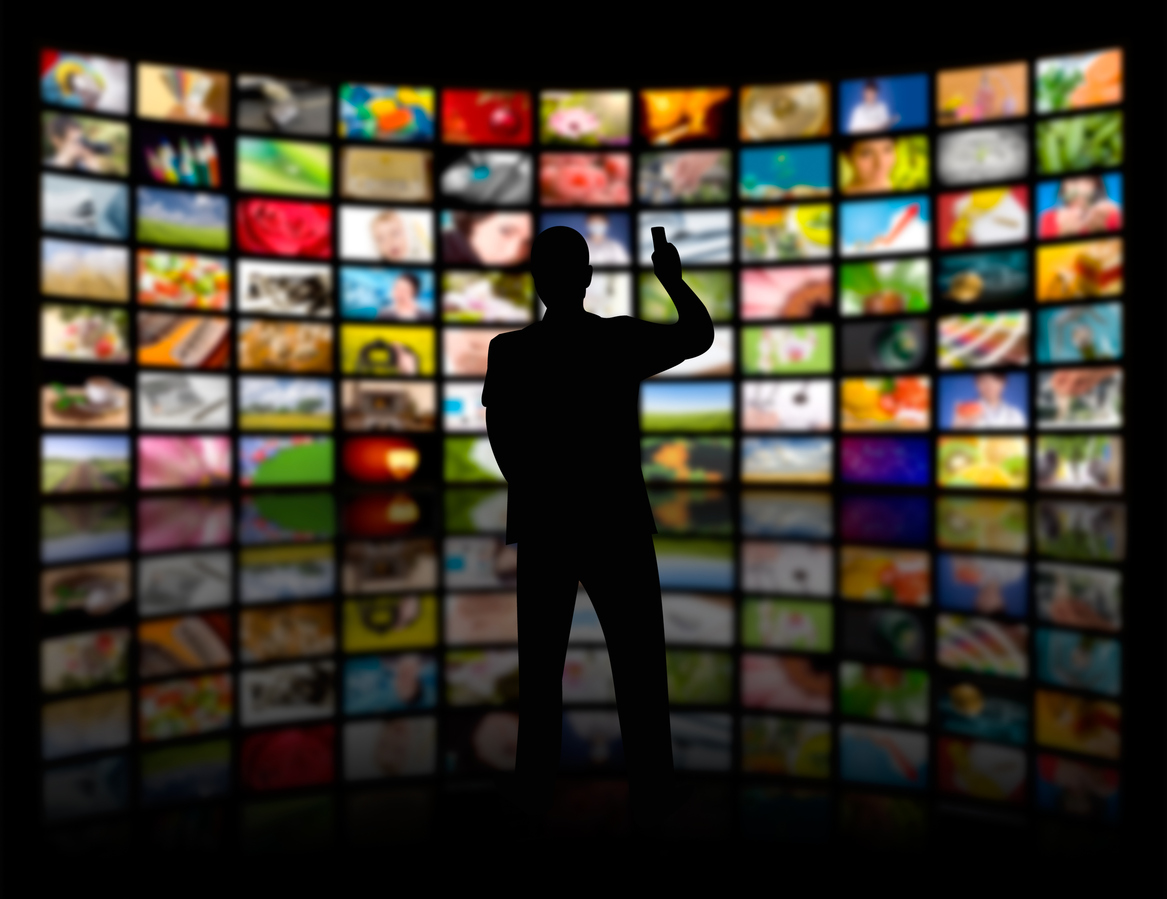 Mass Media and Health: An Interview with Dr. Kim Walsh-Childers

Journalism Professor Kim Walsh-Childers has penned a new book Mass Media and Health: Examining Media Impact on Individuals and the Health Environment. The book covers media health influences from a variety of angles, including the impact on individual and public health, the intentionality of these effects, and the nature of the outcomes. We talked with Dr. Walsh-Childers about what drew her to academia, her new book and the future of health and media research.

You study how media coverage of health issues affect individual health behavior and health policy, particularly news media. How did you get started in that?

After completing my undergraduate degree at the University of Missouri-Columbia, I worked as a newspaper health reporter. I actually went to graduate school to try to figure out whether the stories I wrote made any difference — whether people who read the stories actually were more likely or better able to make good decisions about their health.

While in graduate school, I had a policy analysis fellowship which really heightened my awareness of how critical policy is in terms of influencing the health environment in which people operate. I was already interested in the role of policy, largely due to a series of articles I had written about infant mortality in Georgia and Alabama. That series also got me interested in the possibilities for news coverage influencing health policy development.

On the entertainment media side, during graduate school, I worked closely with Jane Brown, one of the foremost researchers on how adolescents’ use of media influences their sexual beliefs and behaviors. That work broadened my interests beyond the effects of news coverage and got me started thinking more about entertainment media effects.

What are the overall themes that you have seen in your research?

I guess the most important theme would be that nearly every type of media has the potential to have both positive and negative health impacts. Tobacco advertising would be the most obvious exception to that rule because it’s not going to have any sort of positive effects.

Whether media have positive, negative or no effects depends on a complex interplay of individual characteristics and the resonance between the media content and the surrounding sociocultural environment. Most of the time, negative media effects are not intended, of course. Most media producers aren’t trying to harm people, either individually or at the public-health level. But that doesn’t absolve media producers from responsibility when the content has negative effects.

I suppose another theme would be that media are most likely to have negative effects when those producing or using the media put concerns about profit ahead of concerns about public health. Certainly, that would apply to advertising and entertainment media content, but even in the realm of journalism, what sells or what gets widely shared through social media often does not coincide with what’s most likely to benefit individual or public health.

What are the top three or four issues in mass media’s effect on health beliefs and behavior?

Ouch, that’s a tough one. I guess I’d have to put the negative impacts of tobacco advertising at the top of the list because smoking is the single most important cause of preventable death and disease. In addition, given the U.S. obesity epidemic, media effects on our beliefs and behavior related to food and exercise also are of major importance.

Beyond that, I would actually argue that the ways in which media affect public health policy — whether that’s through intentional uses like political advertising or the mostly unintended effects of news framing — is a critical issue. In part, that’s because there’s still relatively little research on this topic, certainly far less research that we have on the intentional use of media to influence individual health behavior, such as through advertising campaigns or through mediated public health campaigns. But it’s also because it is so clear that environmental factors, many of which are determined by our policy choices, have a much greater impact on public health overall than any kind of individual-level health effect.

You just published a new book,  Mass Media and Health: Examining Media Impact on Individuals and the Health Environment. Much like your academic publications, this book explains how media influence individual health beliefs and behaviors and health policy.  Why did you decide to publish this now?

In all honesty, it’s because the sabbatical I had a couple of years ago finally gave me the time to write the book. Dr. Jane Brown, my Ph.D. advisor at Chapel Hill, and I began talking about the possibility of writing a book like this during the fall of 1990, when we finished up the first version of a chapter we wrote (and revised twice) for a media effects compendium, “Media Effects: Advances in Theory and Research.” Even in 1990, it was pretty obvious that there was enough research available for a book on the impacts of mass media on health, and each time we revised the chapter for another edition of the book, there was so much more to cover. Jane and I started talking then about expanding the chapter to a full-length book — we just never had the time to actually write it.

In addition, I’ve been teaching my seminar on mass media and health since about 1994, and for most of that time, there really hasn’t been an up-to-date text that covered all the important topics. So I’ve been aware of the need for a book like this.

In the book you cover a number of topics, from tobacco advertising to the role of Facebook in shaping our health beliefs and behaviors. How did you decide what to include in this text?

To some extent, the table of contents was built around the topics I’ve consistently covered over the years in the seminar.  I also tried to look at the areas in which there was enough of a body of research that it was possible to draw some conclusions about whether, overall, media’s effects should be regarded as primarily positive or primarily negative. In addition, because of my interest in media effects on health policy, and because I’ve never seen a text that really addressed those effects in a systematic way, I wanted to make sure mine did.

What do you hope people will take away from the book?

It depends on the type of reader. I would like people involved in media production or students planning careers that involve any sort of media production to be more aware of the potential unintended consequences of the content they create. Obviously, it’s probably not possible to create content that is guaranteed never to have negative effects on anyone, but I would argue that much of the time, if you look carefully at the research, its possible to anticipate the potential for negative impacts. Media have enormous power in our society, and I believe media producers have a responsibility to do their best to avoid creating content that harms people or contributes to a negative health environment.

For people who aren’t involved in producing media content, my hope is that the book would help them to be more aware of the ways in which media can affect them and others. For parents, especially, I think it’s important to understand what the research says about the potentially negative impacts of advertising, advergaming, video games, media body image ideals, etc. I’ve always been astonished by how many parents are very careful about their children’s health — what they eat, keeping them sunscreened when they’re outside, making sure they wear bike helmets, etc., — but simultaneously pay little or no attention to the media content their children consume. Ideally, the book also will encourage people to think about how media influence our assumptions about how the world works and how those assumptions affect health-related behaviors and policy choices.

You close the book with a vision for where we need to go next with this research. What do you envision for the future of mass media and health research?

I would like to believe that more researchers will begin to focus on media impacts on health policy. In particular, we need to understand a lot more about the role social media play in the formation of health beliefs and public opinion about health policy.

We also need to begin looking at media impacts in more sophisticated ways — for instance, how social media content influences health news coverage and vice versa, or how entertainment content contributes to certain assumptions about health or the health care system that then are reflected in journalists’ coverage of health issues.

For instance, one of the issues I’ve been working on recently is how news coverage contributes to our tendency to view nearly any kind of medical intervention, whether it’s a test or a drug or a surgical treatment, as inherently beneficial or at least benign. We know that news coverage tends to over-emphasize the benefits of health interventions and to downplay or ignore the harms and the costs. I wonder if that’s true, in part, because movies and television depictions of doctors and medical care, in general, help to create this cultural assumption that all medical treatment is good.

I’d also hope that media researchers will take a cue from the health community’s new focus on precision medicine so that we can get better at figuring out who is (and who isn’t) likely to be harmed by particular types of media content. Thus far, much of the media and health research has tended to take a sort of one-size-fits-all approach. But it’s obvious that while certain types of media content can contribute to negative effects on some individuals, other individuals exposed to that same content experience no harmful effects or maybe even positive effects. On the flip side, pro-social media messages, such as anti-texting-and-driving PSAs, work for some audience members but can actually have boomerang effects on others. We need to know more about what makes some people more likely to be influenced by media content.

What are you working on next?

As I often tell my graduate students, “So many research questions; so little time.” I have a number of papers in the pipeline that need to be finalized for submission to journals; most of them deal with how news coverage contributes to medical over-treatment.

In addition, I’m working on developing a grant proposal focused on understanding how media narratives about breast cancer influence women’s insistence on having mammograms before they’re medically recommended. There’s good evidence now that for women younger than 50 who are otherwise at low or average risk of breast cancer, having annual mammograms is more likely to lead to unnecessary treatment than it is to reduce their risks from breast cancer. The goal of the grant proposal will be testing whether mediated narratives can help women develop a more realistic understanding of the risks overuse of mammography can pose. 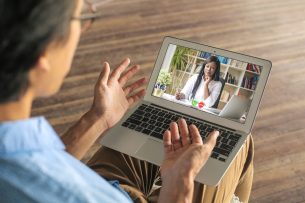 Health and Science
Effective Telemedicine Delivery During the COVID19 Pandemic

COVID-19 has greatly affected cancer care. During the onset of the pandemic, clinicians and patients faced uncertainty about the safety of meeting face-to-face and continuing... 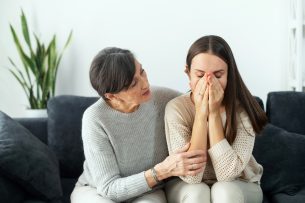