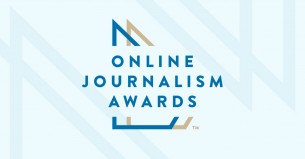 Guardian U.S. and ProPublica with the Florida Times-Union (Jacksonville) won the fifth annual University of Florida Awards in Investigative Data Journalism at the 2018 Online News Association (ONA) Online Journalism Awards ceremony on Sept. 14.  The $15,000 prize, the largest offered by the ONA, will be shared by the winners. ProPublica and…