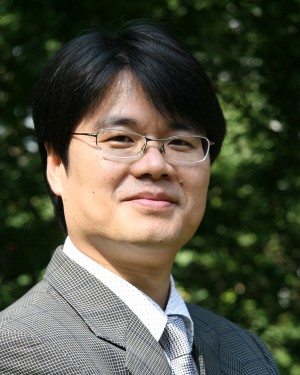 Yungwook Kim, Ph.D. 1999, is an Associate Professor and Associate Vice President for the Office of Communications at Ewha Womans University. Yungwook was honored as the top communication scholar in South Korea when he received the “New Communication Research Scholar Award” by the Korean Society of Journalism and Communication Studies (KSJCS) in 2001. He also was a recipient of the “Research of the Year Award” by the Korean Society of Public Relations in 2001. His professional affiliations include Policy Evaluation Specialist for the Office of Prime Minister, Advisory Professor for the National Health Insurance Agency, and member of the Advisory Committee for the Korean Food and Drug Administration, the Korean Overseas Information Agency, and the Government Information Agency for the Republic of Korea. He provides strategic and crisis communication consulting for private and public institutions including LG-Caltex Petroleum, SK Construction, Amway Korea, Arirang International Television, Seoul National University, and Newsweek Korea. He has served as Research Director and Education Director for Korean Academic Society of Public Relations (KASPR), Research Director for Korean Association of Advertising and Public Relations (KAAPR), and the Feminism Task Force for the Korean Society of Journalism and Communication Studies (KSJCS). In 2007-2008, he was a Fulbright Scholar at the Program on Negotiation at Harvard Law School. In 2008, he was selected by the University of Florida as an “Outstanding Young Alumnus.”