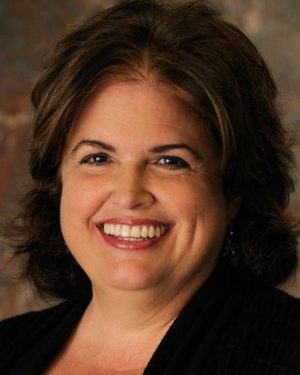 Metro columnist at The Miami Herald and author.

Fabiola Santiago, JM 1983, is a Metro columnist at The Miami Herald, where she has been a reporter and editor for 35 years. Her widely read columns reflect on the issues and the people who shape Miami’s unique multicultural community.

Santiago is also the author of children’s fiction, poetry, essays and the novel Reclaiming Paris, set to the backdrop of Miami’s Cuban culture and history. The novel traces the story of a woman who switches perfumes and lovers along her journey to reconcile the loss of family and country. Published by Simon & Schuster in two languages (Siempre París in Spanish), and chosen for a Mariposa Award as Best First Book at the International Latino Book Awards, the novel (re-titled Habanita) is a bestseller in Norway.

Santiago arrived in the storied Herald newsroom as a University of Florida intern just in time for one of the most momentous stories of 20th century Miami – the influx of 125,000 Cuban refugees to a city teeming with racial and ethnic conflict, cocaine cowboys, and corrupt police.

In 1987, she helped launch The Herald’s Spanish-language sister newspaper, El Nuevo Herald, which became the largest in the country and winner of numerous industry awards year after year. She held the joint titles of El Nuevo City Editor and Associate City Editor of The Herald, and was promoted to Managing Editor in 1989, a position she held until 1993, when UF tapped her to become the College’s Freedom Forum Distinguished Visiting Professor. At UF, she taught an urban journalism class she designed around the Miami multiethnic and racial experience, a first for the college, and team-taught ethics.

Santiago shared in the 2001 Pulitzer Prize for news breaking coverage of the federal seizure at gunpoint of the Cuban child Elián González in 2001. The Society of Professional Journalists has awarded her features writing and commentary awards. She has served on the UF Journalism Advisory Council and the Poynter Institute’s Board of Trustees. She also has taught at Florida International University, Barry University and the Florida Center for the Literary Arts.