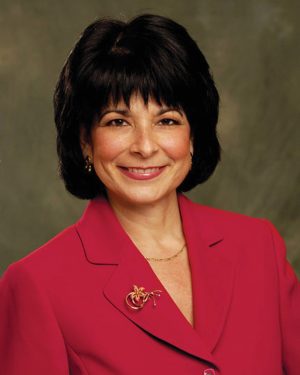 Angela Buonocore, ADV 1978, is Vice President & Director – Corporate Relations for ITT Corporation. Buonocore is a member of the company’s Executive Council and is responsible for worldwide brand and reputation management, public relations, employee communications, government affairs, corporate advertising, community relations and corporate philanthropy. Prior to joining ITT in early 2007, she was vice president of corporate communications for The Pepsi Bottling Group in Somers, New York. With 65,000 employees, PBG is the world’s largest manufacturer, seller and distributor of Pepsi-Cola beverages, with operations in the United States, Canada, Greece, Mexico, Russia, Spain and Turkey. With the Pepsi system since 1994, Angela held this position from 2001 to 2007. She also managed the strategy for the company’s charitable contributions and community efforts through The Pepsi Bottling Group Foundation and its WINs (We are Involved Neighbors) program. Her past communications experience includes 11 years at the International Business Machines Corporation and five years at General Electric Company in advertising, media relations, publishing, marketing events and employee communications roles. She was elected a member of the Accademia Europea per le Relazioni Econimiche e Culturali in 2003. Based in Rome, this organization was founded in 1981 and unites prominent Italians and Italian Americans in its mission to develop economic, cultural and humanitarian projects throughout the world. She is a member of the Wisemen and the Arthur W. Page Society, both organizations of senior corporate communications executives and was elected a trustee of the Page Society in 2004 and an officer in 2005.