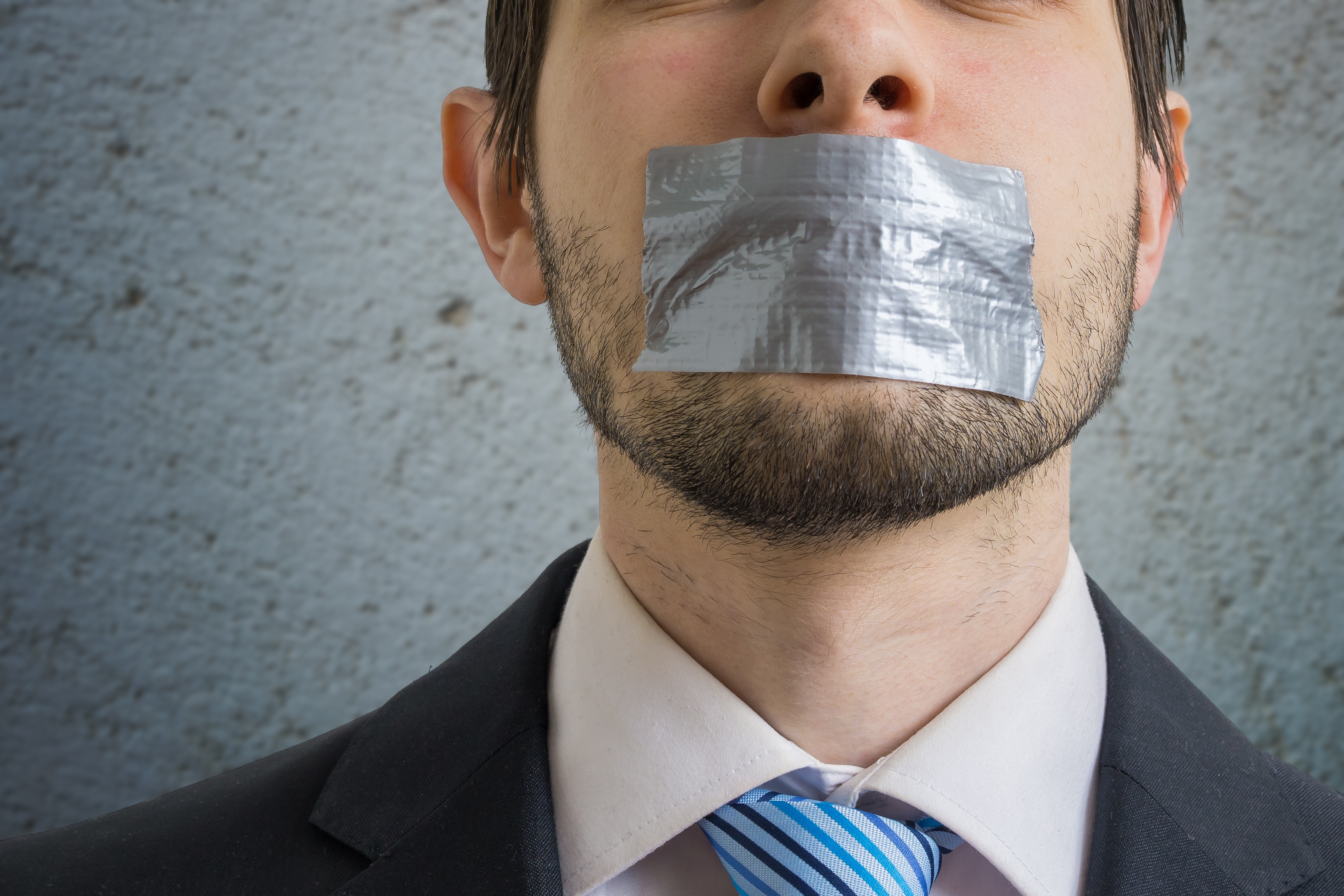 Government Agencies Can’t Stop Employees from Talking to the Press. Here’s Why.

The following article by Brechner Center for Freedom of Information Director Frank LoMonte was originally published on Poynter.org on Oct. 15, 2019.

During the 35-day government shutdown that spanned last year’s Christmastime holidays, journalists searched for ways to humanize the impact of a month’s lost income on the families of federal employees. At every turn, they ran into the same obstacle: Federal employees had been told it was a punishable offense to talk to the media without permission.

CNBC quoted “Leo,” an IRS tax examiner from Ohio, about the hardship of going without money for his prescription medications, explaining that “Leo” could not be better identified “because he’s not permitted to speak about his job with the media.” A married couple, both furloughed from the U.S. Department of Agriculture, insisted on anonymity when discussing the furlough with NBC News, citing their agency’s prohibition against interviews.

Although the practice of gagging public employees from giving unapproved interviews is pervasive across all levels of government, decades’ worth of First Amendment caselaw demonstrates that blanket restrictions on speaking to the media are legally unenforceable.

In Michigan, for instance, a federal district court struck down an ordinance that required firefighters to send all media inquiries to the fire chief. In Connecticut, a U.S. district judge threw out a highway patrol policy forbidding troopers from making “official comments relative to department policy” without permission from a supervisor.

In a newly published report (“Protecting Sources and Whistleblowers: The First Amendment and Public Employees’ Right to Speak to the Media”), our research team at the Brechner Center for Freedom of Information documented at least 20 cases in which courts invalidated workplace policies prohibiting government employees from publicly discussing their work without permission.

As far as we can discern from publicly available court cases, no agency has ever prevailed – from the 1940s to the present day – when a policy forbidding unauthorized interviews was challenged as a First Amendment violation.

We undertook this research project because, over and over again, journalists told us that their greatest source of frustration was their inability to have unguarded conversations with rank-and-file employees in the agencies they cover. The level of frustration is captured in a series of surveys by Kennesaw State journalism professor Carolyn S. Carlson, whose research documents that reporters – in particular, those assigned to the police and education beats – frequently have difficulty getting interviews because of aggressive gatekeeping by public-information officers.

Knowing that prior-approval policies were an everyday source of frustration for journalists — depriving audiences of the benefit of unscripted information from the most knowledgeable subject-matter experts — we set out to see whether the most restrictive policies might be vulnerable to legal challenge.

We were frankly surprised to discover that the answer, overwhelmingly, is “yes.”

Four of the nation’s 12 federal judicial circuits  (regional appeals courts, one rung below the U.S. Supreme Court) have declared workplace gag rules unconstitutional. Two others have hinted strongly at the same result. No federal circuit has ever upheld a “don’t talk to the media” policy in the face of a First Amendment challenge.

In 1981, the federal Fifth Circuit struck down a Texas sheriff’s policies restricting employees from making “unauthorized public statements” and forbidding comments to reporters on any topic “that is or could be of a controversial nature.”

In 1998, a sister federal appeals court, the Second Circuit, decided that a New York social-service agency overreached in requiring employees to contact the agency’s public-relations office before releasing any information to the media “regarding any policies or activities of the Agency.”

While the Supreme Court has never directly confronted a no-interviews policy, the Court came close in a 1995 case, United States v. National Treasury Employees Union. In that case, federal workers weren’t entirely forbidden from speaking about their work — just forbidden from accepting honorarium payments. Even that, the justices decided, was too great an infringement on the freedom to speak.

“The speculative benefits the honoraria ban may provide the Government,” Justice John Paul Stevens wrote, “are not sufficient to justify this crudely crafted burden on respondents’ freedom to engage in expressive activities.”

The Court explained that restricting or discouraging an entire class of speakers from saying anything about their work is a much greater affront to the First Amendment than punishing one employee whose speech disrupts the workplace. The burden to justify an across-the-board prohibition on speaking, the justices explained, would be almost impossibly high.

In a 2014 case, Lane v. Franks, the justices clarified that, while public employers have substantial authority over what employees say as part of their official job duties – such as writing a memo assigned by a supervisor – blowing the whistle on wrongdoing remains constitutionally protected speech.

“After all,” Justice Sonia Sotomayor wrote, “public employees do not renounce their citizenship when they accept employment, and this Court has cautioned time and again that public employers may not condition employment on the relinquishment of constitutional rights.”

These rulings align with common sense. Government agencies can legitimately restrict employees from sharing confidential information, such as medical records or student educational records, but a policy forbidding all unapproved communications with the press and public inhibits even harmless personal opinions and observations – or, worse, inhibits employees from exposing wrongdoing.

Still, government agencies haven’t gotten the message. Even after losing a First Amendment challenge brought by a disciplined state trooper, Nevada’s highway patrol still tells its officers: “At no time shall any employee of this Department make any comment or release any official information to the media without prior approval from a supervisor or the designated Department media representative.”

School districts across the country use cookie-cutter language in their employee handbooks prohibiting employees from giving unapproved interviews: “media requests to interview, videotape, or photograph … staff, students, or board members” must go through a district media-relations coordinator.

The Brechner Center readily found dozens of rulebooks on the websites of government agencies – from Cabinet-level federal agencies to small-town police departments – directing employees to refrain from speaking to the media without approval, even though the very same policies have repeatedly been declared unconstitutional when challenged.

Other researchers report similar results. During 2016, reporters in Wisconsin researched the media-relations policies of all 20 state Cabinet-level executive agencies and found that 13 of them categorically required all communications with journalists to be screened through a media-relations office.

What news organizations can do

As a practical matter, no government employee wants to be interviewed badly enough to get a lawyer and spend three years in federal court battling their own employer. Realistically, news organizations are in the best position to challenge over-broad gag policies.

When a government policy is challenged in federal court, normally the challenge must be brought by the person who has been directly harmed – for instance, a suspect who has been illegally strip-searched by the police. But the rules are somewhat different for First Amendment cases. There, the courts have been more welcoming of challenges brought by news organizations on behalf of people who can’t speak for themselves.

Media outlets have been permitted to challenge gag orders imposed by judges in high-profile criminal trials, even though it’s the parties and their lawyers – not the journalists – who have been gagged. Courts recognize that, in such situations, news organizations must step into the shoes of the silenced speakers, because no lawyer is going to sue the trial judge in the middle of a trial over a free-speech violation.

By that same logic, news organizations or even advocacy membership organizations such as the Society of Professional Journalists should be able to challenge government agencies’ interviewing restrictions as unconstitutionally broad – without waiting for one of their sources to get fired.

As a first step, we explain in the Brechner Center white paper, journalists who are told that interview requests “must” go through a public-relations officer should insist on actually seeing the written policy that makes approval mandatory. Often, the “policy” turns out to be just a memo from a public-relations officer who doesn’t have authority to make enforceable regulations or fire people for noncompliance.

Journalists should pin down exactly what the agency envisions doing – to the employee or to the reporter – if an “unauthorized” interview takes place. If the policy is backed up with punitive consequences, there’s every chance it is unconstitutional, and that anyone punished for violating it could successfully sue.

Important disclosures regularly come to light because public employees share information with journalists or the public.

The Atlanta Journal-Constitution received an outpouring of tips from concerned schoolteachers after reporting suspicious gains in standardized test scores, which led to the discovery that Georgia administrators were systematically tampering with test results to inflate their schools’ ratings.

To justify restricting employees’ speech, government agencies cite their interest in maintaining a favorable public image with a consistent message. That justification should alarm anyone concerned with honest, effective government. If government employees have information that would cause the public to doubt whether their agencies are functioning properly, the agency has no legitimate grounds to suppress that information to create an artificially rosy picture.

The public’s understanding of government, and of the industries regulated by government, suffers greatly when news coverage is limited to canned statements prepared by public-relations professionals, whose information may be second-hand and “spun” to emphasize the positive.

As a federal appeals judge wrote in upholding the First Amendment claim of a Nevada state trooper punished for sharing concerns about the agency’s K-9 program: “Avoiding accountability by reason of persuasive speech to other governmental officials and the public is not an interest that can justify curtailing officers’ speech as citizens on matters of public concern.” 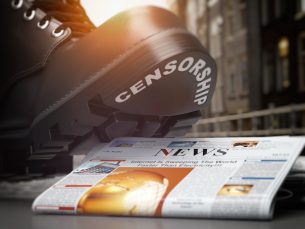 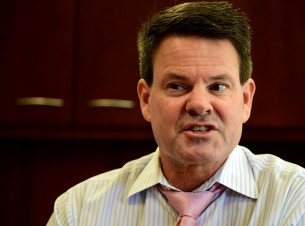