Becoming a Woman of Influence 2018

Becoming a Woman of Influence 2018 is a morning workshop featuring some of the College’s top alumni, designed to inspire students to enter the workforce with confidence and impact. The panel discussion will be led by Mira Lowe, CJC Innovation News Center director. 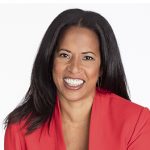 MICHELLE EBANKS, B.A. Business Administration 1984
Publisher and President | Essence Magazine
Ebanks leads the number one media and communication company dedicated to African-American women. At the helm of ESSENCE since 2001, Ebanks has emerged as a foremost authority on women and the multicultural market, as well as a passionate brand steward focused on the cross-platform expansion of ESSENCE from traditional magazine media to an international powerhouse comprising digital, video, television and experiential. 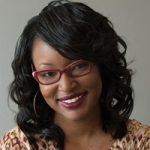 JANEIKA JAMES, B.S. Telecommunication 2003,
M.A. Syracuse University
Writer | “Empire” | FOX Television
James, twin sister of JaSheika, after graduating from CJC pursued a Master’s of Fine Arts at Syracuse University in television, radio and film. During her time in graduate school, she conducted an interview with TV writer and producer Yvetta Lee Bowser and, with her mentorship and guidance, James launched her career. 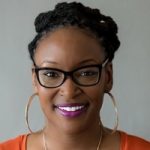 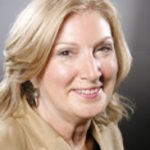 CHERYL LUCANEGRO, B.S. Journalism 1975
Retired | SVP Advertising Sales at Pandora and
VP of Sales at SoundHound
Lucanegro created the advertising model for Pandora and SoundHound and managed the sales, advertising operations and sales marketing teams to execute on company revenue goals. She is a media industry veteran
with a reputation for building and growing new media outlets. 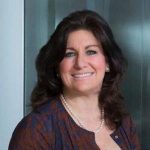 HELEN STEFAN MOREAU, B.S. PUBLIC RELATIONS 1988
CEO/President | The Midtown Group
At age 23, Moreau quit her job at a Washington, D.C., staffing firm to start her own placement company. Twenty-two years later, Moreau’s Midtown Group
has grown into a firm with 24 full-time employees, more than 300 part-timers and an additional office in Chicago.

See what happened at: