University of Florida College of Journalism and Communications (CJC) Advertising Professor Cynthia Morton loves engaging with students in her advertising classes, but she’s also passionate about research, one reason she thinks she was asked to join a three-university team to find ways to help family members in underrepresented communities influence their elderly relatives to participate in clinical trials.

“What they probably saw was my research over the last 10 years on women’s sexual health,” said Morton, who’s working with scholars from Florida International University, the UF College of Medicine – Jacksonville, and the University of Central Florida. She was intrigued by the intergenerational component.

“Researchers are not talking about the connectedness aspect enough,” she said, and that “is of utmost importance. Senior individuals are revered. An adult child who influences a senior age parent is a potent opportunity and an … opportunity to even the playing field of ethnic minority groups to participate in health research.”

Ensuring that new approaches to medical care are inclusive of all races and cultures is critical to people from underrepresented groups, particularly African-American, Latino/Hispanic, and Caribbean populations.

“Health researchers like to test theories, philosophies, do clinical studies on actual human patients at a certain point. Often, when we receive information about a pharmaceutical or about the effectiveness of even the Covid vaccine, the sample underrepresents ethnic minority groups.”

Inadequate outreach approaches, poor communication and messaging, and community mistrust of research and institutions have contributed to low recruitment and retention for clinical research in these populations.

In the first year of the three-year grant, the team held 52 focus groups with ethnic groups from across the state to find out what they think about research, their barriers and perceptions, she said. They are analyzing that data, and Morton is starting on the next phase – proposing messaging approaches and copy directions to see what encourages people to sign up for health registries. “We’re teasing out opportunities to develop a unique health registry for the state.” More focus groups will be held starting in March, and the team hopes its research will influence and inform other states.

The team also hopes to provide a script for doctors to use with their patients so the tone and approach works for groups they serve. “Even now, the COVID vaccine movement has relied largely on the scientists and medical doctors saying you should do this. It’s a logical direct approach, but the message misses with some groups. It misses the reason why: ‘Why should I do this?’ Right now, the approach is, ‘Authority said you should do this.’ That’s not good enough to overcome the skepticism of all pockets of the population.”

Morton grew up in Atlanta. She attended the University of Georgia, where she earned her undergraduate degree in public relations and an MBA with a specialization in marketing and HR management. She received a doctorate in advertising at the University of Texas at Austin. After working at advertising agencies in Chicago and California, along with school in Texas, returning to her regional roots became important, she said.

She was attracted to UF in 1999 because it has 16 colleges under one roof. “There is interdisciplinary collaboration and thinking. When I joined UF, advertising was one of the Top 5 programs in the country. It still is. Over time, CJC’s expertise in distinct areas of mass communication became important to helping our interdisciplinary peers.”

That intrigued her further, she said. “It’s a big candy store for a researcher like me. You can’t get the sunshine and the candy store in a lot of places. I’m a big geek.” 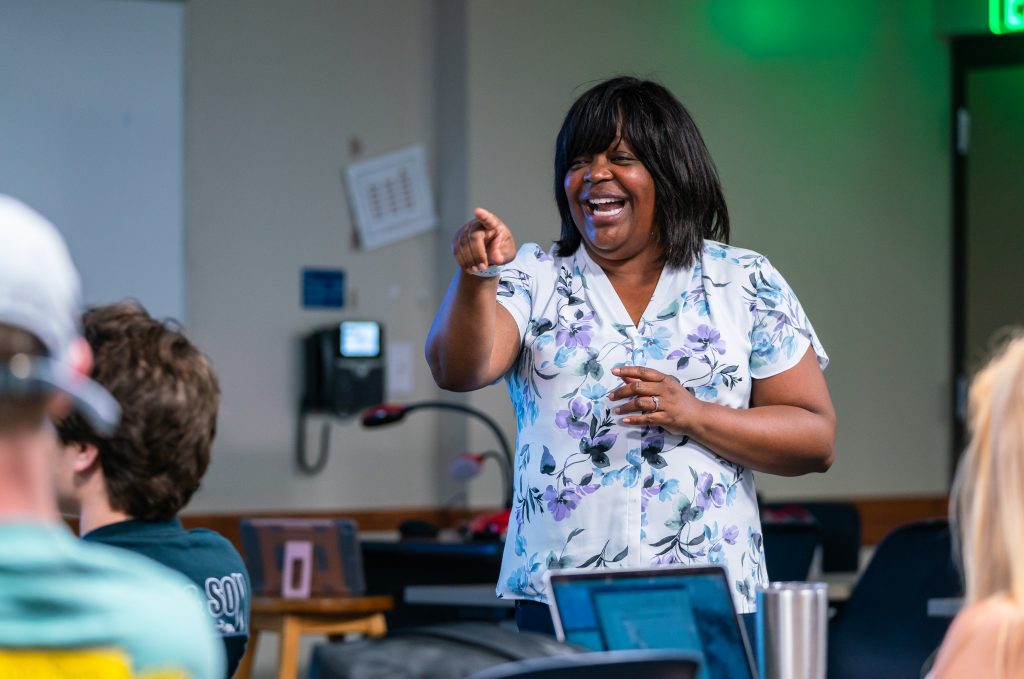 She’s grateful she can ask questions about things she’s curious about and then find the answers. “It’s an opportunity to be curious and then to be appreciated for how I’m able to contribute to a larger community conversation on something I’m committed to or interested in.”

Advertising, her favorite course to teach, is like research, she said – “it allows you to ask a range of questions about what’s going on in the world at large. Advertising strategy is the idea of trying to understand the lay of the land – the competitive arena, the marketplace at large, what’s going on in the world right now. What’s the strategy for getting people onboard? What is the hook that is going to persuade them to move with one brand over another?”

She counsels undergraduate and graduate students about the trajectory their lives might take and shares a personal story with those who just want to make a lot of money. When she chose her major, all her friends were majoring in computer science, telling her there was no money in journalism. “Be curious and do what you love,” she tells students today, “and the money will follow.” 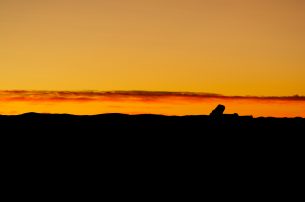