Andrew Selepak, University of Florida College of Journalism and Communications director of the online Master’s program with a specialization in social media, was quoted in “Suffering from a ‘Netflix Hangover?’ Here’s How to Cope with the Post-Binge Blues” published on nbcnews.com on Aug. 5.

The story offers tips on how to deal with binge watching and the recent cliffhanger ending of the Netflix series “Stranger Things.” According to Selepak, ending a show with a cliffhanger is not a new tactic and an unresolved ending can have an increased impact on the audience.

“We become more emotionally invested in a show we binge than a serial that airs once a week because we spend multiple continuous hours experiencing and living in the environment of the show,” he says. “While we can still become connected to characters we tune into on a show that airs once a week, having that time in between episodes to disconnect makes it less addictive.”

Selepak was also quoted in “Why Fans Keep Watching ‘The Walking Dead’ Even Though They Don’t Like It Anymore” published on cnbc.com on Aug. 4.

“’The Walking Dead’ is retaining enough viewers to remain viable because fans want to see which characters will make it to the final episode, even if that means watching a show that they say is offering diminishing returns,” he said. “We can only watch our favorite characters wander around doing the same thing over and over before we even stop caring about that. At some point, we just want our favorite characters to ride off into the sunset and recreate the world.”

Selepak was also quoted in “What Do Experts Say About Online Privacy in 2019?” published in vpnranks.com on Aug. 1.

“As the world increasingly goes digital with digital money, GPS, social media, online medical records, online banking, and automated vehicles, it will soon only be possible to protect your data by going off the grid or if enough of the population finally forces the politicians to do something,” he said. “Both, however, seem unlikely any time soon so long as we continue to either not know or not care.”

Finally, Selepak is the author of “Guide to Online Graduate Schools: How to Choose a Program, Get In and Graduate” published on accreditedschoolsonline.org. Selepak offers information on the benefits of graduate school, how to pick the right program and what it takes to succeed. 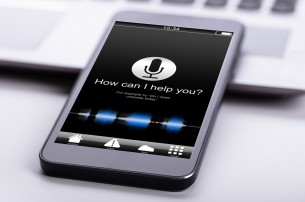 The University of Florida College of Journalism and Communications (UFCJC)online master’s program has been named the top online Media Communications program by Intelligent.com. In November,...