Back to Defining Moments

Solomon is the former sports editor of The Washington Post and the first ombudsman for ESPN. He currently serves as director of the Shirley Povich Center for Sports Journalism at the University of Maryland and continues to write a weekly Sunday column for the Post.

Solomon has received many honors during his distinguished sports journalism career including induction into the Washington Sports Hall of Fame in 2014, the 2003 Red Smith Award from the Associated Press Sports Editors for his contributions to the field of sports journalism and recognition from the National Association of Black Journalists (NABJ) and the Association of Women in Sports Media. In 1999, Solomon also received the Eugene Meyer Award for distinguished service to The Washington Post.

In addition to his tenure at the Post, Solomon has held various positions with the NCAA, the New York Post, the Ft. Lauderdale News, and the Sun Sentinel.

Solomon is interviewed by Associate Director of Sports Journalism and Communications Eric Esterline. 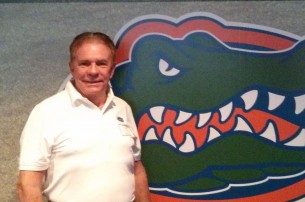 ALUMNI: A Bird’s-Eye View: Joe Carew’s Life in the Skies

Joe Carew gazed south out of his office window. On the horizon, 30,000 feet below him, the sun was setting over the Dardanelles. He saw...