In a case reminiscent of the dispute over President Trump’s blocking of critics from his Twitter feed, University of Florida College of Journalism and Communications Brechner Center for Freedom of Information and Marion B. Brechner First Amendment Project are supporting the free-speech case of a Texas police critic who was forbidden from posting to the Facebook page of her local sheriff’s office. 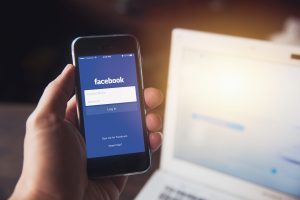 The two organizations, joined by a coalition of national free-expression advocates, filed a friend-of-the-court brief Tuesday asking a federal appeals court to reinstate a First Amendment case accusing the Hunt County, Texas, Sheriff’s Office of illegally removing posts critical of the sheriff and blocking an outspoken opponent from the page. The brief was joined by the National Coalition Against Censorship, the American Library Association’s Freedom to Read Foundation and the DKT Liberty Project.

Filed with the Fifth U.S. Circuit Court of Appeals in New Orleans, the brief highlights the importance of Facebook as a tool of political expression, particularly for the average citizen who can’t afford to buy advertising or publish a newsletter:

“Social media is increasingly the platform through which citizens interact with their government. To ban a concerned member of the public from discussing the performance of a local-government agency on social media because her speech is critical of the agency – no matter how harsh that criticism – is a drastic step that implicates and infringes on fundamental constitutional rights.”

The case was brought by Deanna Robinson, who was arrested by the sheriff’s department in 2015 and charged with two felonies, which later were dismissed. Her arrest was captured on a homemade video that was widely shared online, showing her being roughly handled by sheriff’s deputies while eight months pregnant. Robinson began posting remarks on the official Hunt County Sheriff’s Office Facebook page critical of the Sheriff’s Office and Sheriff Randy Meeks – whom she called “the biggest idiot in the world” – until the manager of the page took down her posts and revoked her access to the page.

Robinson filed suit, arguing that she has a constitutionally protected right to use the government-maintained page. But a U.S. district judge in the Northern District of Texas threw out her case. The judge accepted Hunt County’s argument that, because Facebook’s Community Standards disapprove of hateful speech, the sheriff’s office was required to remove Robinson’s posts or risk having the page disabled.

The Brechner brief argues that Facebook’s standards do not override the government’s duty to refrain from discrimination based on speakers’ viewpoints. Even if Facebook, as a private corporation, could remove Robinson’s comments or rescind her posting privileges, that does not allow sheriff’s department to use governmental authority to pick-and-choose the speakers whose views may be heard.

“It is readily apparent that Facebook is a uniquely impactful way of reaching a mass audience in the Hunt County community in hopes of influencing the discourse on the performance of government officials,” the brief states. “That the County selectively censors a widely read conduit for expression based on the viewpoint of the speaker—and specifically to silence public criticism of public actors—is of no small consequence.”

Further, the brief argues, a person cannot be indefinitely banned from participating in the public forum of a government discussion board to punish her for past offensive speech or prevent her from saying offensive things in the future. The brief likens Facebook to the public-comment period during a county commission or school board meeting, where federal courts have consistently held that government agencies cannot prospectively exclude speakers on the assumption that they will engage in uncivil speech.

The case is comparable to one pending in a U.S. district court in New York in which President Trump is accused of violating the First Amendment rights of Twitter users blocked from accessing his @realdonaldtrump account. The judge in that case issued an order last week finding in favor of the speakers and ordering the President to restore their access.

The brief was prepared with the help of Brechner Center law clerk David Jadon, a recent graduate of UF’s Levin School of Law, and media lawyer Scott Sternberg from the New Orleans firm of Sternberg, Naccari & White, L.L.C.

The brief was submitted May 29 along with a motion asking the circuit court to accept it for filing. 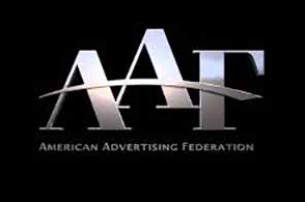 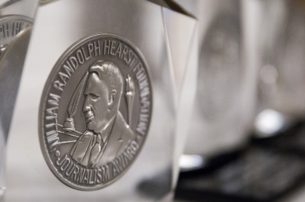