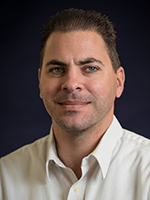 University of Florida College of Journalism and Communications Executive Associate Dean Spiro Kiousis will be presenting In the Eye of Democracy: Mediated Public Diplomacy and the International Agenda Building Influence of the 2014 Hong Kong Protest at The Chinese University of Hong Kong’s Public Relations Week conference being held March 11 – 18.

Researchers have been working for decades to understand the dynamics of international news selection. In the context of mediated public diplomacy, the age-old question of news selection is of great strategic significance as news coverage is recognized as the vital medium through which a country’s image and reputation are cultivated. As Sheafer and Shenhav (2009) noted, mediated public diplomacy dynamics can vary among countries. Previous empirical studies have found that a country’s social system or values can shape the media frames of international news and foreign countries.  For example, Sheafer and Shenhav (2009) applied the concept of state-level homophily, relative proximity between countries, to explain the pattern of one country’s framing of another country.

Building on the previous literature, the current study examined the impact of level of democracy on the international news coverage of the Hong Kong Protests in 2014. The protest, with its longevity, scale of participation, and pan-democratic nature, received enormous international media attention and constituted the most significant civil rights movement in China since the 1989 Tian’anmen Square protests. As mentioned in Ding (2011), the 1989 Tian’anmen Square Protest has caused substantial damage to the Chinese government’s image and political credibility, which “puts China’s rise in jeopardy.” Given the international reaction to the Hong Kong Protest, it is important to examine the movement as a critical issue that could potentially influence China’s reputation and political credibility in the long run. During the protest, the Chinese government has been pushing out its own news agenda through state-sponsored international media, which provided a unique opportunity to study international intermediary agenda building.

Because democracy is the focal conflict in the Hong Kong Protest, this study intended to test whether democratic level homophily would predict the agenda building influence. To this end, a content analysis of news coverage of the Hong Kong Protest was conducted for three countries: China, Singapore, and Taiwan. The analysis included the first, second, and third levels of agenda building (Kiousis, Kim, Ragas, Wheat, Kochhar, Svensson, & Miles, 2015). The integration of all three levels of agenda-building with system-level variables in an international context offers a unique conceptual and practical insight to the dynamics of mediated public diplomacy and international public relations.

The authors predict that there will be a higher correlation between Singapore and Chinese news coverage than between Taiwan and China based on the two countries’ variance in democratic levels. Both Singapore and Taiwan are East Asian countries culturally close to China. The major difference is that Taiwan was ranked as a high democratic country while Singapore is ranked as a low/medium democratic country. This means Singapore is more similar to China than Taiwan did in democratic levels. The theoretical and practical implications of the international agenda-building effects will be discussed.

By Lenore Devore, B.S. Journalism 1984  After a successful modeling and acting career, Public Relations student Danielle Camastra started her own business to give back to the world. But...