The two $7,500 awards honor high-impact data journalism that is exceptionally well presented and are the largest individual prizes offered by ONA. 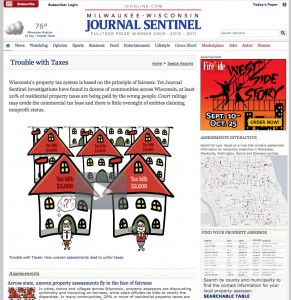 The Milwaukee Journal Sentinel won in the Small/Medium category for the second year in a row for The Trouble with Taxes: A Look at How Inappropriate Reductions in Property Assessments Create an Imbalanced System. The investigative series uncovered that in many Wisconsin communities, property assessor practices have led to 20 percent or more of residential property taxes being paid by the wrong people and that state officials have done little to rectify the disparities.

The prize was established through a generous gift to the University of Florida from the estate of Lorraine Dingman. Representatives from the winning news organizations are invited to the College of Journalism and Communications as journalists in residence to discuss the project and work with both students and faculty on investigative journalism techniques.

For the Journal Sentinel series, the ONA said “the judges were impressed by the meticulous data journalism, especially the interactive databases that let readers look up how their own homes and neighborhoods were affected. The project helped readers — and the judges — see a topic as dry and technical as tax assessments as a matter of basic fairness that affects everyone.” Journalists Raquel Rutledge, Kevin Crowe, Allan James Vestal, Bill Schulz and Erin Caughey produced the series. 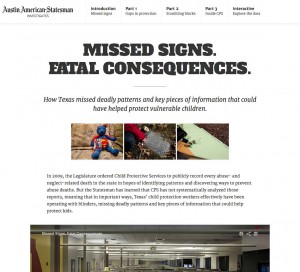 Other finalists included, in the Small/Medium category: Ballot Watch from PBS’s FRONTLINE, Unsolved Homicides from the Los Angeles News Group and Who’s Trying to Influence Your Vote? from the Center for Public Integrity.

In the Large category, finalists included Medicare Unmasked from The Wall Street Journal, Stop and Seize from The Washington Post and Swiss Leaks: Murky Cash Sheltered by Bank Secrecy from The Center for Public Integrity’s International Consortium of Investigative Journalists.

The College of Journalism and Communications, one of the largest communication programs in the U.S., is driving innovation and engagement across the disciplines of advertising, journalism, public relations and telecommunication. The strength of its undergraduate, masters and Ph.D. programs, faculty, students and alumni — in research and in practice — has earned the college ongoing recognition as one of the best in the nation among its peers. In scholarship, college faculty consistently are leaders in papers published at major academic conferences. In practice, the College’s 100-seat newsroom provides daily news to the five radio and two TV stations and corresponding digital media properties owned by the college. Its strategic communication agency provides advertising and public relations students with experience working on real-world campaigns for regional, national and international clients.

About the Online News Association 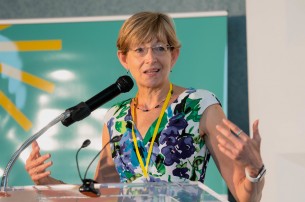 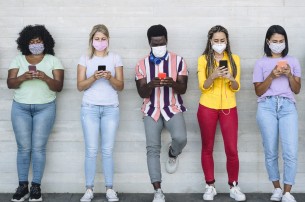