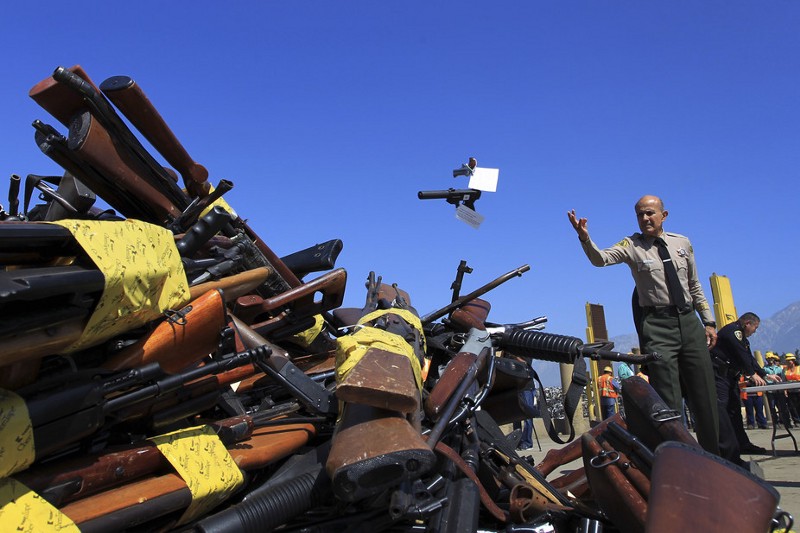 Most Americans Support Gun Regulation– Why Those Who Don’t are Winning the Debate.

There is another, larger group of Americans who believes passionately that we have created an environment that makes it far too easy for those who intend to kill to have access to all the firepower they want.

How could groups who hold these disparate views ever agree?

What’s more: If most Americans believe we should have some gun regulation, why are those who don’t winning the debate?

People on each side agree the threat from violence is real, but support different responses to that threat — either regulate the sale of guns or make sure a gun is in the hand of every good guy.

According to Pew Research Center, “50 percent say it is more important to control gun ownership, just slightly more than the 47 percent who say it is more important to protect the right of Americans to own guns.” However, 92 percent of Americans agree that there should be background checks for gun buyers. These numbers reveal a country deeply conflicted about the role guns play in keeping us safe.

No one wants to see more lives lost, and both sides make a case for public safety. Yet the discussion in support of commonsense gun laws tends to be shrouded in numbers, infographics, case studies and stories of lives lost, while those opposed make their case with powerful messages about threats to personal safety and liberty — messages that tap into cultural significance they associate with guns, as well as how they see themselves and their world.

Jonathan Haidt, a moral psychologist, says in his book The Righteous Mind that people form beliefs not through careful consideration of evidence but with gut emotional reactions to experience. They seek facts that justify their beliefs.

This means that people’s beliefs about gun control are founded not in their careful consideration of available data, but in how they see the world.

At the University of Florida, we’re building a curriculum and an emerging discipline called public interest communications that will help movement builders do their work more effectively. We bring together scholars, change makers and funders at an annual gathering called frank where people share the best of what they know about how to drive positive social change that reflects what the science tells us is in the public’s interest.

Effective, strategic communication in the public’s interest must be based in research. We spend our time digging for the best science that can help people driving change do so better.

One of the major themes that we have found in literature across a range of disciplines is the importance of cultural worldviews in building support for an issue.

Moral and social psychologists have studied how worldviews — cultural values, norms and how an individual sees the world — affect people’s perspectives on politically charged issues like gun control. What they are finding is that your worldviews — more than your race, your gender, if and how you pray, how much money you have, where you’re from or how you vote — are the single most accurate predictor of how you feel about guns.

Researchers have discovered that people who are more liberal tend to support solutions framed with language of equality and protection from harm.

People who are more conservative tend to support solutions when they are presented in the context of protection for themselves and their families, respect for authority and preserving what is sacred.

This gulf isn’t limited to gun control. It holds up across a range of issues from climate change to marriage equality to health care.

In one study, Donald Braman and Dan Kahan wanted to see if cultural worldviews influenced beliefs about who should have access to guns.

The first assessed how much participants were inclined toward

The second scale assessed how inclined participants were toward

Once they understood participants’ worldviews, the researchers examined the influence of those views, as well as factors like religion and geography, on their attitudes toward gun control. They asked questions like whether participants supported a law that would require people to get permits before they could buy guns.

Here is the important part: the participants’ views on authority or their individualism were three times more significant than their faith, fear of crime or where they were from. And cultural worldviews were four times more powerful than political affiliation.

In another study from Braman and Kahan, they make the case that arguments based in empirical claims for public safety are destined to fail because they don’t tap into the symbolic meaning people associate with guns.

[G]uns (at least for some) resonate as symbols of ‘freedom’ and ‘self-reliance,’ associations that make opposition to gun control cohere with an individualist orientation … While control opponents see guns as celebrating individual self-sufficiency, control supporters see them as denigrating solidarity: guns are often equated with a hyper masculine or ‘macho’ personal style that many individuals, male as well as female, resent.

In other words, the gun debate is destined to stagnate as long as those waving their empirical evidence in the air continue to ignore the symbolic meaning guns have for so many Americans.

Here’s an example of how one cause got it right: When Brian Sheehan, director of Ireland’s Gay Lesbian Equality Network, developed a strategy that led Ireland to be the first country to support marriage equality, he and his team didn’t root their message in the values of the people who already supported the issue — values like equality, fairness and social justice. Instead, they built a campaign for a particular audience that would be fundamental to passing the marriage equality referendum: middle-aged, straight men. They crafted a message centered in this particular group’s values of equal citizenship and family. Last May, Irish voters passed marriage equality by nearly two to one, making marriage equality real in a country where — just a decade earlier — it was a crime.

Imagine what the world could be like if we approached change by understanding the mindset of those who we hope to affect and engage them by talking about what matters to them. Could such an approach allow us to move forward as a society on the issues that will define us — even one as controversial and emotional as gun control? 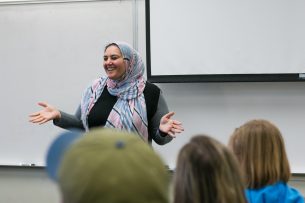 CJC Telecommunication Lecturer Iman Zawahry was interviewed on March 3, 2021 about being a Muslim filmmaker in the U.S., the challenges of affecting social change...