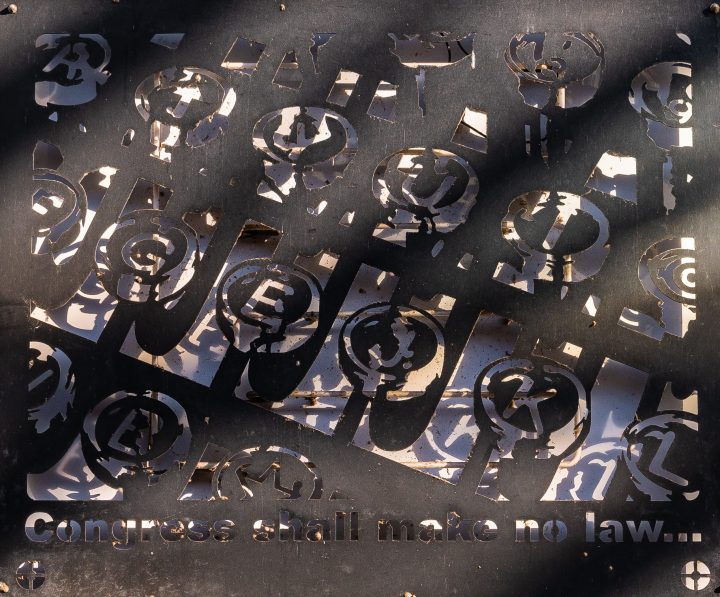 The Marion B. Brechner First Amendment Project is a non-profit, non-partisan organization dedicated to current and contemporary issues affecting the First Amendment freedoms of speech, press, thought, assembly and petition.

The Project addresses these issues in multiple ways, including by:

Some examples of First Amendment issues on which the Project’s director has written, published and/or otherwise opined include:

The core values of the Marion B. Brechner First Amendment Protect thus pivot on:

Clay Calvert, a member of the State Bar of California and the Bar of the Court of the United States Supreme Court, is Professor and Brechner Eminent Scholar in Mass Communication at the University of Florida in Gainesville. He previously served as the inaugural John & Ann Curley Professor of First Amendment Studies at The Pennsylvania State University in University Park, where he taught for thirteen years.

He is co-author, along with Dan Kozlowski and Derigan Silver, of the market-leading undergraduate media law textbook, Mass Media Law (20th ed. McGraw-Hill 2018), and is author of the book Voyeur Nation: Media, Privacy, and Peering in Modern Culture (Westview Press, 2000/2004).

Calvert received his J.D. with Great Distinction in 1991 from the University of the Pacific’s McGeorge School of Law and then earned a Ph.D. in 1996 in Communication from Stanford University, where he also completed his undergraduate work with a B.A. in Communication in 1987.

Dr. McNealy studies information, communication, and technology with a view toward influencing law and policy. Her research focuses on privacy, online media, and communities.