Becoming a Woman of Influence

Dr. Grant joined CJC in 2019 as an assistant professor in the Department of Journalism.

Prior to joining the College, she served as an assistant professor in Xavier University of Louisiana’s Mass Communication Department teaching classes in strategic communication, social media management and media law.

Her academic research looks at media studies of race, gender and class and she has conducted extensive research with social movements, social justice, and Black feminism.

Grant has worked professionally as a news reporter for local daily newspapers and statewide magazines and has worked in corporate advertising as a digital copywriter.

Dr. Naeemah Clark (she/her) is a student and scholar of storytelling. Whether in the classroom, in the media, or in front of an audience, Naeemah uses stories to connect with people. Her Elon roles include being the J. Earl Danieley Professor, the chair of the Department of Cinema & Television Arts, and the Presidential Fellow focused on strategic planning goals.

Across 20 years as a scholar-practitioner of diversity in media and operations in the entertainment industry, Dr. Clark has co0authred a textbook used in diversity in the media courses and has edited a collection of readings about African-American’s contributions to mass media.

Taking center stage with two diversity-related TEDxTalks, Dr. Clark has also published more than a dozen articles on identity and representation in sources such as The New Republic, The Chronicle of Higher Education, and HuffPost.com.

She holds a Ph.D. and M.A. in Mass Communication for the University of Florida and a B.S. in Curriculum and Instruction from Florida State University.

Tonya Cornileus is the vice president, development, inclusion and wellness at ESPN where she serves as an integral member of the Human Resources senior leadership team and regularly acts as an advisor to senior management at ESPN.

Prior to joining ESPN, Dr. Cornileus served as director, executive development & organizational effectiveness for Turner Broadcasting System, Inc., and as vice president, training & organizational development for Aegis Communications Group, Inc. She spent the first decade of her professional career as an educator in various school systems.

Dr. Cornileus is involved with several professional and civic organizations. She serves on the boards of industry organizations and community non-profits, and the University of Florida Foundation Board. Dr. Cornileus is consistently recognized for her leadership and professional accomplishments. Most recently, she was recognized as part of the 2022 Multichannel News Wonder Women and the 2021 Cablefax Mentor of Year. She’s been awarded as one of Cablefax’s Most Influential Minorities in Cable every year since 2012. Dr. Cornileus has also been featured in professional magazines for her outstanding accomplishments in the field, and she has written several peer-reviewed articles and a book chapter on topics involving career development and diversity, equity, and inclusion.

Dr. Cornileus’ philanthropic endeavors focus primarily on promoting access to education. In 2019, she established the Tonya Harris Cornileus CJC Diversity in Communications Endowed Scholarship Fund at the University of Florida and is a major donor to the Criterion’s Club Gwendolyn Pinkney Harris Scholarship in honor of her deceased mother. Dr. Cornileus mentors students and career professionals through various mentorship programs.

Kandy Kent is Vice President of Global Strategic Accounts for Life Sciences and Consumer Packaged Goods at Oracle Corp., the second largest software/hardware company in the world by revenue and market share. She manages a highly technical sales force responsible for Oracle’s top market-leading accounts on a global basis. Her teams handle the global strategic account plan of execution, relationship management, performance, contract negotiation and communications between Oracle and some of the world’s leading pharma and name-brand organizations.

Kent is a seasoned professional with more than 30 years of technical sales experience. In her 14 years with Oracle, she has held numerous positions including Technology Sales Manager and Global Key Account Director, and was awarded the 2017 Salesperson of the Year for Oracle Healthcare, Higher Ed & Life Sciences. She serves as a company career mentor and is a member of OWL, Oracle Women in Leadership, and participates in Women in Technology.

Prior to joining Oracle, Kent has held technology leadership roles with IBM and Computer Associates where she managed and advised a diverse group of Fortune 500 clients from the healthcare, telecom and banking/financial service industries. In addition, she is technically certified as a Cloud Foundations Certified Associate.

Kent’s volunteer and philanthropic efforts span 25 years from the educational school level to church and board level. She has served as elementary PTO Vice President of Special Events, VP of Ways and Means, middle school VP of Communications, high school VP Operations, and Football “Feed The Bears” Program coordinator. She also served the Methodist church as Councilwoman for the Council on Ministries and served on the board of directors for the nonprofit ChildKind , including serving as Chairwoman for the 2011 Masquerade Ball.

In addition to her Advertising degree from the University of Florida College of Journalism and Communications, she holds a minor in Finance. She was also head majorette with UF’s Pride of the Sunshine band.

Towler is actively involved in the philanthropic and social responsibility sector. Towler serves on the board of directors for several nonprofits including the Children’s Movement of Florida and is the 2021-22 chair of the Florida Chamber Foundation.  She is active with the Florida Philanthropic Network where she served as chair in 2016. She is also a graduate of Leadership Florida and served as its 2012-13 chair.  Towler served as the 2013-14 chair of Volunteer Florida, the Governor’s Commission on Volunteerism and Community Service, and is past chair of the University of Florida Public Relations Advisory Council.  Towler is an honorary member of Leadership Jacksonville and the Florida Blue Key.  She also served as vice-chair for the Cummer Museum of Art & Gardens.

Towler was named a “Woman of Heart” by Jacksonville Magazine and American Heart Association in 2021; “Woman with Heart” by Volunteers in Medicine Jacksonville in 2017; and a “Woman of Influence” by the Jacksonville Business Journal in 2004.  The Girl Scouts of Gateway Council honored her with the “Women of Distinction” award in 2006.  Towler was an EVE Awards finalist in 2013. She was chosen in 2018 as a Miami Herald “Influencer.”  Florida Trend recognized Towler in the Florida 500 list of the state’s most influential business leaders in 2019 and 2020.

Towler holds a Bachelor of Science in public relations from the University of Florida.  She is married to Jim Towler and they have one daughter, Emma, and a French bulldog, Mr. Pickles.

As the Chief Human Resources Officer and vice president for Human Resources at the University of Florida, Jodi Gentry was responsible for human resources for UF’s more than 30,000 faculty and staff and served on the UF President’s Cabinet until she retired in February of 2022 after 5 ½ years in the role and more than 30 years of HR experience at the University of Florida.

Gentry held progressively responsible positions over her 30-year career at UF. Prior to assuming the role of vice president, she was assistant vice president for UF Human Resources along with director of strategic initiatives for the Office of the Chief Operating Officer.  Prior to that, she served as director of UF Training and Organizational Development.

Gentry holds a Master of Arts in Mass Communication with a specialization in public relations from the University of Florida’s College of Journalism and Communications and a bachelor’s degree in English from Berea College in Kentucky. She also is a Society of Human Resource Management Senior Certified Professional (SHRM-SCP).  Gentry has extensive experience worked with leaders both formally and informally.  She founded the University of Florida’s Advanced Leadership for Academics and Professionals for established leaders as well as the UF Academy for emerging leaders and co-developed a leadership competency model as a foundation for understanding and developing leadership skills.  She also is a Certified Executive Coach through the Center for Executive Coaching. 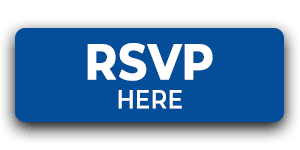