The University of Florida College of Journalism and Communications today announced that award-winning creative director Mariano German Coley has been named lecturer in creative in the Department of Advertising. He will join the College in July. 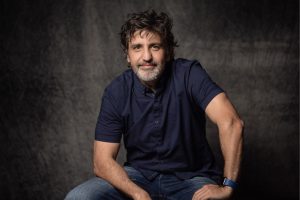 German has had more than 15 years of international experience as a creative director in Europe, Latin America and the U.S., and has spent more than 10 years leading multicultural creative teams.

Most recently, he was Creative Director at Marca Miami, where he led creative teams in developing more than 360 campaigns for clients such Dish Latino Network, Subway and Deezer.  Prior to joining Marca, he held creative director positions at companies including Conill Saatchi & Saatchi, The Community, SONY Music and Y&R in Miami, Lopez Negrete in Houston, Saatchi & Saatchi and Leo Burnett in Puerto Rico and Tactics Europe in Madrid.

“Teach to the best and learn from the best. Who can say no to that?” German said.