Throughout his life, Robbie Curry, B.S. Telecommunication with honors 2002 and M.E.S.S. College of Health and Human Performance 2006, learned how to handle challenges with grace and a smile on his face. Whether it was navigating inaccessible buildings on the University of Florida campus in his wheelchair or hiking the Appalachian Mountains, he was dedicated to achieving anything he set his mind to despite physical limitations.

Sometimes challenges required novel solutions, like having his father Whit Curry, a practicing physician and former Chair of the Department of Community Health and Family Medicine at UF College of Medicine, carry him up a mountain on his back, but he always found a way. Robbie refused to let his cerebral palsy define how he lived his life.

“He was a wonderful sport about things because he went to school before the ADA [Americans with Disabilities Act of 1990] happened and before accessibility was a given,” said Robbie’s mother Ruthanne Curry, a retired nurse practitioner in Gainesville. “He had to be a first in so many ways, and he did it in such a gracious way.”

Growing up, Robbie was an active Boy Scout. He found creative solutions to his physical limitations, such as describing exactly how to put up a tent rather than building one for a badge. Robbie went on to become an Eagle Scout, and he led his troop in building a ramp to make Gainesville Community Ministries wheelchair accessible.

In elementary school, Robbie became an avid sports fan and never missed a chance to watch the University of Florida Gators. He first became a Gator fan while listening to football games on the radio, often sitting out in the yard while his parents did yard work.

He started learning everything he could about the team, gathering statistics about all the players, the history of coaches and more. His family loved going to games with him because of his ability to recall countless bits of information about the team and share them.

“He was like our personal sports information director,” Ruthanne said. “It just made it so much fun, because he could share all that with us.”

Robbie came from a family of UF alumni, with both of his parents, his sister and brother-in-law all graduating from the university. During his time studying at UF, Robbie was involved with sports broadcasting and worked for WRUF. While he was working at WRUF, he met Steve Russell, the Sports Director of ESPN Gainesville.

Russell grew close to Robbie throughout his time at UF, helping him develop as a journalist and making sure the newsroom was accessible for him.

“I never had to work with someone with that type of disability, and he taught me,” Russell said. “I never saw him unhappy. He always looked forward to coming to work, and that struck me.”

Russell admired Robbie’s commitment to Gator sports. Whenever he came into the newsroom, they would talk about the most recent Gator game. Though he loved football and basketball the most, he paid attention to all sports.

“When giving him work or giving him an assignment, I didn’t have to worry about it because Robbie knew what was going on in Gator athletics,” Russell said.

One of the things Russell remembers most about Robbie is how he’d blush whenever he’d tease him about being surrounded by girls in the newsroom or if the girls would tease him. 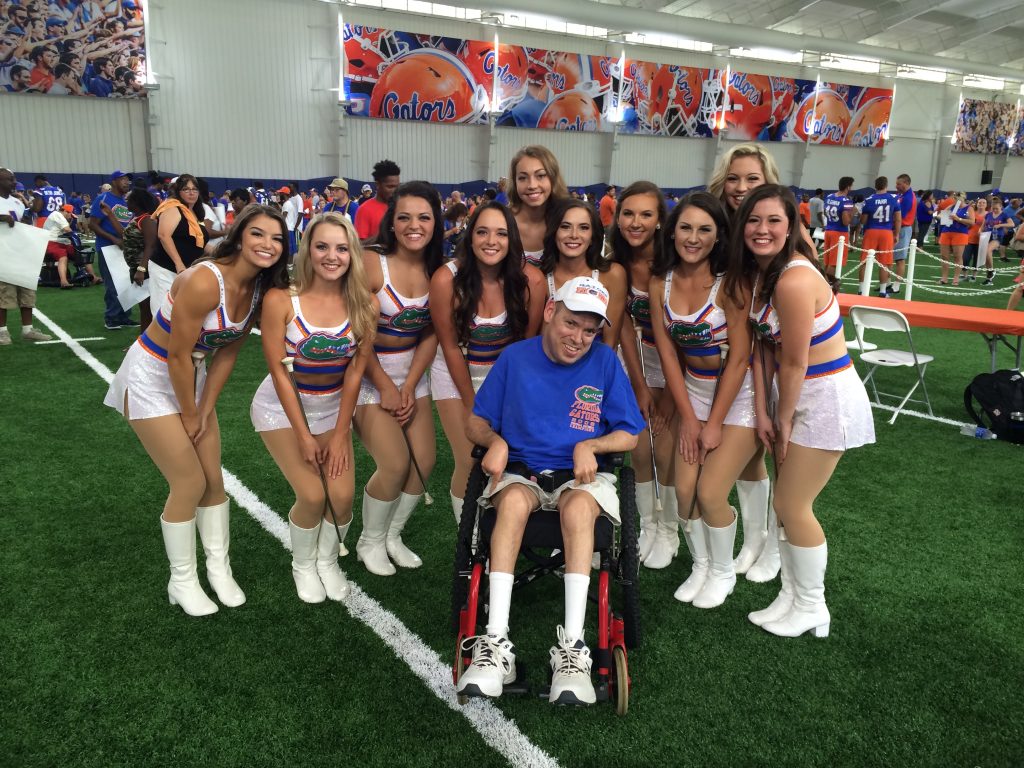 He strived to make sure Robbie had the same opportunity to succeed as other students, and he rearranged the newsroom so Robbie could get around in his wheelchair.

“I just felt for Robbie that we had to do whatever it took to make him feel like one of us,” he said.

Robbie was passionate about sports and his studies, continuing even when he got discouraged or was met with obstacles.

“His last semester there he fell out of his wheelchair and had to have 22 stitches in his forehead that night,” Ruthanne said. “The next day he was going to class.”

“Robbie had to be quietly persistent,” Ruthanne said. “Sometimes people would underestimate and minimize him, but he wouldn’t give up.”

He worked part-time for the University Athletic Association for years, and he remained active in the Gainesville community. He helped teach elementary students to read and served as a volunteer assistant football coach.

When Robbie was diagnosed with cancer, he used his love of sports to help him cope. He created an imaginary football team with himself serving as the coach and his parents as assistant coaches. Family, friends and medical professionals were drafted to fill out the rest of the team.

Ruthanne recalled that when he met with people he would tell them, “I’m not calling it cancer. I’m calling it Alabama because I hate Alabama. But I know I have to fight. So what position do you want on the team?”

Once in the intensive care unit at UF Health Shands Hospital, Robbie was intubated and unable to speak. While the hospital staff was preparing to extubate him, he started gesturing and trying to communicate. His family ran through a list of possibilities, trying to figure out what was wrong. Was he thirsty? Was he in pain? He shook his head to all of them, clearly frustrated.

When the tube was removed, he asked what day and time it was. Upon learning it was around noon on Saturday, Robbie was relieved to know it was early enough that he hadn’t missed the college football bowl games.

“He wanted to watch ESPN,” Ruthanne said. It became known as the “ESPN Extubation” among hospital staff.

On Jan. 6, 2019, at the age of 42, Robbie passed away. In his memory, Ruthanne and Whit decided to create the Robert Curry and Steve Russell Scholarship for CJC students with for students who are pursuing sports journalism in honor of their son Robby. They decided to include Russell in the scholarship because of his work with Robbie and other students.

“Steve meant a lot to him, and I’m really thankful because that was something that really helped Robbie all those years,” Ruthanne said. “When he would get discouraged, he would always look forward to going to work. We had to plan our vacations or whatever we were doing around when he was going to work.”

After graduating, Robbie continued listening to Russell’s radio show, “Sportscene with Steve Russell,” every day. For over 20 years, he was a faithful listener and would email the show to talk sports with his old mentor.

“This job is coaching. You’re coaching young people to hopefully go and do what they want to do,” Russell said. “You never know the impact you’re going to have on somebody. You just don’t.”

Russell said he was humbled by the Curry family’s decision to include him in the scholarship. He wants to keep Robbie’s memory alive in the newsroom so students know that they can overcome their circumstances and succeed.

“We want to honor Steve, not just because of his relationship with Robbie, but he has had such an impact with so many students,” Ruthanne said. “He really helps so many young people not just go on into careers but to grow up and mature and get through college.”

Ruthanne and Whit hope the scholarship reminds people that they can make it through, even if it is hard. They want people to know how brave Robbie was and how full his life was, despite his physical limitations.

“He lived a good life despite putting up with a lot of difficulties. It was a hard life in a lot of ways, but at the same time, he never saw it that way,” Whit said. “He was always excited and enthusiastic about things.” 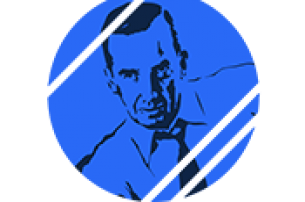 WUFT-FM and WUFT-TV, operated from the University of Florida College of Journalism and Communications, are the winners of seven Region 13 2021 Radio Television Digital... 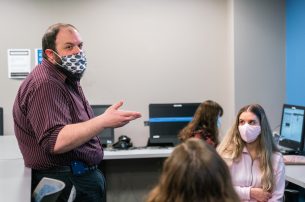