University of Florida College of Journalism and Communications student journalists were recently recognized at the 2019 Florida Associated Press Broadcasters Conference in Orlando. 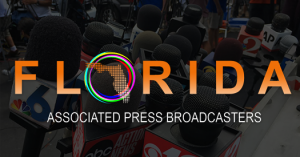 The Associated Press, a not-for-profit news cooperative representing 1,400 newspapers and 5,000 broadcast stations in the United States, sponsors the annual competition. The awards were presented at a banquet on April 13.

Eastern and Western medical knowledge can inform each other in the treatment of people in Asia across a wide range of health issues. A new...