Ron Sachs, B.S. Journalism 1972, as the editor of the Alligator from 1971-72, was charged with a felony for publishing a list of abortion clinics and counseling services, in violation of an 1868 Florida abortion law.  His court case led to a ruling that the 1868 law, and Florida’s companion 103-year-old abortion law, were unconstitutional and the rewriting of a less-restrictive statute.

Publishing the story also led to a threat of “prior restraint” by then UF President Stephen C. O’Connell.  But Florida’s Attorney General ruled that the exercise of prior restraint by the UF president would violate the First Amendment. 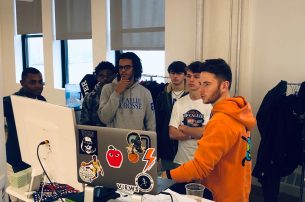 “Five Questions With…” is a series of profiles of CJC graduates and the career paths they chose. Tyler Rutstein 1. Tell us about your current... 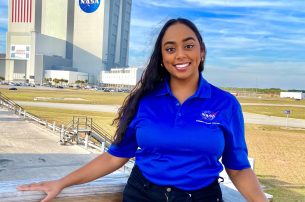 From Fantasies of Being an Astronaut to NASA Internship, Alumna from CJC Online Program is Living Her Dream

By Lenore Devore, B.S. Journalism 1984 Living in Orlando with parents who would wake their children at midnight to watch a Space Shuttle launch, Jessica...