The University of Florida College of Journalism and Communications inducted 155 alumni into the College’s new Hall of Fame during its 50th Anniversary Gala celebration on Oct. 12, 2018.

The ceremony included a special induction of Rob Hiaasen, a 1981 graduate of the College who was killed in the Capital Gazette shooting on June 28.  Hiaasen’s son Ben and brother Carl, an award-winning journalist and author and Hall of Fame member, accepted the award on his behalf.

While the University has offered journalism courses for more than 100 years and advertising, public relations and broadcasting programs since the 1930s, the College itself first opened its doors to students in 1968.  It is now one of the largest and most comprehensive programs in the country.

As part of the celebration, the College highlighted four alumni who have particularly compelling stories, including: Scott Sanders, award-winning producer whose Broadway shows include The Color Purple, Tootsie and Evita; Stephanie Sinclair, Pulitzer Prize winning photographer; Scott Hagedorn, CEO of pioneering media agency Hearts and Science; and Jeraldine Williams, the first African-American graduate from the College and the first African-American to win a National Hearst Journalism Award.

The College also paid tribute to three transformational donors, including Joseph and Marion Brechner, whose endowment funded the Brechner Center for Freedom of Information and the Marion B. Brechner First Amendment Project; Jerry and Judy Davis, whose Technology Fund has helped the College stay abreast of the latest technology and equipment; and Alvin and Effie Flanagan, whose endowment provides state-of-the-art broadcast facilities and funds to support faculty and students.

Dean Diane McFarlin, in closing the celebration, told the audience of nearly 200 alumni, faculty, students and friends, “When I think of the future, these words continue to ring in my head: This is our moment. Journalism is under assault, both politically and economically, and our other disciplines are being buffeted by a hurricane of change. But for us, this change means opportunity. Never before have the skills and ethics of a professional communicator been more important.

“Enrollment is up. The caliber of our students is extraordinary. We have world-class teachers and researchers. The wind is at our backs. The future looks bright.” 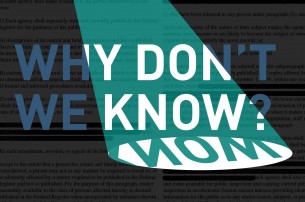 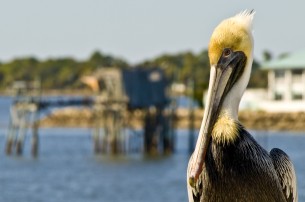 Cynthia Barnett, University of Florida College of Journalism and Communications Environmental-Journalist-in-Residence, was quoted in “Don’t Cancel John Muir: But Don’t Excuse Him, Either,” part of...