The two $7,500 awards honor high-impact data journalism that is exceptionally well presented. The awards are the largest individual prizes offered by ONA.

In the Small/Medium category, The Intercept won for The Drone Papers. The series focused on a cache of secret documents obtained by The Intercept detailing the inner workings of the U.S. military’s assassination program in Afghanistan, Yemen and Somalia. The documents, provided by a whistleblower, offer an unprecedented glimpse into Obama’s drone wars.

For The Intercept series, the ONA judges indicated that this was an all-around first-rate example of investigative data journalism, revealing a story few, if any, other organizations could. It was presented in a wonderfully thematic design that drew the judges in and had a huge impact on policy and transparency. A team of journalists and editors from The Intercept, including Betsy Reed, Roger Hodge, Rubina Madan Fillion, Charlotte Greensit, Andrea Jones, Peter Maass, Alleen Brown, John Thompson, Margot Williams, Spencer Woodman, Stephane Elbaz, Philipp Hubert, Connie Yu, Tom Conroy and Raby Yuson, produced the series.

And for the Orlando Sentinel series, the judges were impressed by the manual transformation of paper records into a database, as well as for the Sentinel’s deep and committed reporting and storytelling, bringing to light grave injustices. Journalists Rene Stutzman and Charles Minshew produced the series.

The prizes were established through a generous gift to the University of Florida from the estate of Lorraine Dingman. Representatives from the winning news organizations are invited to the College of Journalism and Communications as journalists-in-residence to discuss the project and work with both students and faculty on investigative journalism techniques.

The other finalist in the Small/Medium category was Surgeon Scorecard from ProPublica, In the Large category, finalists included The Tennis Racket from BuzzFeed and the BBC, What Went Wrong in Flint from FivethirtyEight.com, Failure Factories from the Tampa Bay Times, and The Families Funding the 2016 Presidential Election from The New York Times.

The College of Journalism and Communications, one of the largest communication programs in the U.S., is driving innovation and engagement across the disciplines of advertising, journalism, public relations and telecommunication. The strength of its undergraduate, masters and Ph.D. programs, faculty, students and alumni — in research and in practice — has earned the college ongoing recognition as one of the best in the nation among its peers. In scholarship, college faculty consistently are leaders in papers published at major academic conferences. In practice, the College’s 100-seat newsroom provides daily news to the five radio and two TV stations and corresponding digital media properties owned by the college. Its strategic communication agency provides advertising and public relations students with experience working on real-world campaigns for regional, national and international clients.

About the Online News Association 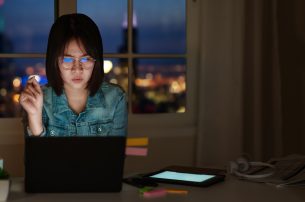 Carma Bylund, University of Florida College of Journalism and Communications Public Relations professor and professor in the Division of Hematology & Oncology at the UF... 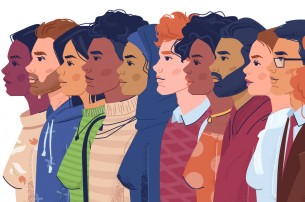 Frank LoMonte, University of Florida College of Journalism and Communications Brechner Center for Freedom of Information director, is the author of “Lawsuits Over Bans on...