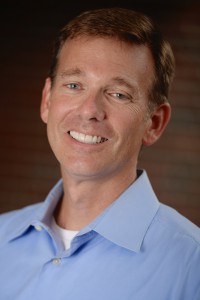 The University of Florida College of Journalism and Communications has named Ted Spiker chair of the Department of Journalism, effective immediately, Dean Diane McFarlin announced Friday. He has been interim chair since last fall.

Spiker brings both professional experience and academic discipline to this role. He joined the College’s faculty in 2001 after working at several magazines, including Men’s Health. He earned his master’s degree from the Columbia University Graduate School of Journalism and his bachelor’s degree from the University of Delaware.

His new book, “Down Size: Twelve Truths for Turning Pants-Splitting Frustration into Pants-Fitting Success,” is garnering great reviews and Spiker has appeared on several national shows discussing his ideas. He has also co-authored another dozen books, including the YOU: The Owner’s Manual series, and his work has been published in such places as Outside, O The Oprah Magazine, Fortune, Reader’s Digest, Runner’s World, Esquire.com, and many others. In addition, Spiker has done scholarly research on magazine covers and has served as head of the Magazine Division of AEJMC.

His many accomplishments at CJC include leading the interdepartmental faculty task force that redesigned our undergraduate curriculum to put a greater emphasis on digital and take a more consolidated approach with core courses. This process was completed in record time and was approved readily by the University Curriculum Committee.

The University of Florida College of Journalism and Communications honored outstanding alumni, faculty, staff and graduate and undergraduate students during the annual awards ceremony that...