The Future of Advertising Education is Interconnectivity 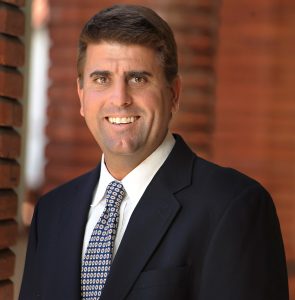 When asked about our advertising curriculum and what we do to prepare students for careers, I often catch myself talking like an amateur neuroscientist. “Study advertising at UF, and you’ll learn to flex both your left brain and right brain for the work.” It’s a handy model. And it must be true because I read it on the internet. Your left brain is goal-oriented and organized. It makes you a rational and realistic researcher and planner. Your right brain is emotional and creative. It makes you intuitive, impulsive and artistic. Major in advertising and you’ll take Economics, Marketing, Advertising Research and Media Planning (left brain). You’ll also take courses like Sight, Sound and Motion and Copy and Visualization (right brain). Then you can put it all together in your Advertising Strategy and Advertising Campaigns courses.

But do student brains really work that way? Like a pawn shop appraiser on a reality TV show, I decided to call a buddy to see what we’re dealing with. Dr. Michael Okun is chair of UF’s Department of Neurology. “Still quite valid,” he said of the general idea. “You definitely activate one side more than the other,” depending on the situation. For example, language on the left and emotion on the right. But then he added that “today we know there’s quite a bit of interconnectivity and an expansive neural network” that makes neuroscience – and advertising – more complicated. “All functions of your brain are enhanced when both hemispheres are working in concert and when the neural orchestra network synchronizes.”

Another common question I get from students about our advertising curriculum is, ‘why all the group work?’ The stock answer is that this prepares them for the real world. Students are going to be expected to perform on teams for their whole careers, so it’s important that they learn to do it well now. This is probably true in most majors, but in advertising, understanding the roles of different team members is particularly pronounced as a learning outcome. Students learn what strategists, planners, copywriters, art directors and project managers do. More importantly they learn how to work together.

Last spring, we piloted a new course that we’re calling “Social Labs.” In an experimental section of our Advertising Campaigns class taught by lecturer Benny Torres, students were put right to work on a project with Leo Burnett’s client Nintendo. (Speaking of diverse job titles, Benny has worked as a Senior Strategist, Creative Director, Chief Idea Officer, CMO, and Copywriter, including a number of years at Leo Burnett, where he maintains close connections.) The students ended up crushing it with their assignments. A handful of Leo Burnett executives visited from Chicago and were floored. “It would be shameful if Leo Burnett and Nintendo didn’t see this work,” said one of their EVPs. He then invited ten students to pitch to more than 15 members of the Nintendo team at Leo Burnett’s main office in Chicago. What started as a student project became real, fast. “Leo was left stunned,” Benny told me.

“They presented six ideas, I’d buy two of them tomorrow as is,” responded a senior member of the account team in Chicago. “The difference here is the love and passion for the brand and each other – that’s irreplaceable and what we can learn from you,” said another.

Leanne Sheth was enrolled in that class and paired with Chase Olstein. Benny immediately saw Leanne’s creativity. But Leanne, who has since transitioned to Len, later described himself as “freakishly shy and unsure of myself” at the time.

On the other hand (probably the right hand if that’s controlled by the left brain), Benny recognized Chase as much more of an account person. “Writer at heart, business in mind,” is how Chase describes herself on her LinkedIn profile.

Here’s how it went down, as reported from Benny to a donor who has supported his position and the whole experiment.

To give you a sense for the uniquely “under-23-year-old” brilliance we are shining a light on: One of the ideas was centered around gender. Essentially, gaming is hyper masculine. The insight was going hyper feminine wasn’t the solution – but being gender neutral (versus agendered or gender-blind). Nintendo could uniquely target a new generation of gender-fluid individuals with their family friendly, universal characters. This thought is not only uniquely of this generation, it was presented in a way that connected with decision-makers (i.e., the older folks at Leo got it). Above all else, this idea forced two people from very different perspectives to work together. Unbeknownst to me, they almost came to blows… but on the final day in Chicago they both separately came up to me and thanked me because of the friendship and bonds that formed in trying to create something and pitch it. Both conservative and liberal worked on the idea and found “best friends” in the process.

Three years ago, the Department of Advertising had a retreat to figure out our strategic direction and begin revising our curriculum for the undergraduate program. We rented a meeting facility out in the middle of UF’s Austin Cary Forest, where we sat down to find a common purpose and vision. I have pages and pages of notes from that day, but one word has remained at the center of all our discussions since then. Insight.

Looking at the dust that my tires kicked up between the longleaf pines in my rearview mirror as I left the retreat venue, I felt like I was driving a getaway car. From a group of Ph.D.s, industry professionals, health communication scientists and creatives (in other words, the advertising department faculty), I had heisted a unifying concept. Insight.

Within a few weeks, though, I worried I had only found fool’s gold. Insight to a right-brainer is a creative concept. To a left-brainer it’s the research to drive decisions. What exactly did we mean by insight? I didn’t have an answer.

Then the magic happened. Modeling the very process we want our students to learn, the department faculty – ALL our department faculty – researched, hashed out, created, iterated, and crafted a revised curriculum that retains the time-tested campaigns-capstone model while offering other types of immersion options for those with different aspirations. All advertising majors will take four core courses including Principles of Advertising, Branding, Advertising Strategy, and Digital Insights. From there they work with faculty, advisers and each other to find their own connections. They can then immerse themselves in creative advertising competitions, health campaign projects, STEM translational communication, advertising abroad, undergraduate research and analytics, or courses like Benny’s Social Labs, or Jon Morris’s Great Ideas in Marketplace Communication.

When I asked my buddy the neuroscientist about advertising education specifically, he told me to focus on how all the systems interconnect. He said to embrace the neural network and put it to work for your students. And that’s what the advertising faculty has done with the new curriculum. Humbled yet again by the wisdom of my colleagues, I’ve learned that insight lies in interconnectivity, and it’s the future of advertising education.