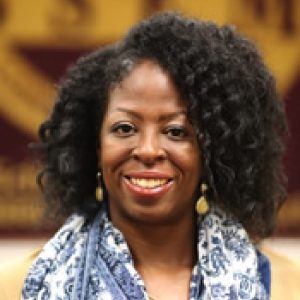 As an Interdisciplinary Scientist, my work to date has been primarily focused in three research areas: science education (STEM and emerging technology research training programs for minority scholars), public health (health disparities and evidence based medicine) and basic science (protein assays and electrophysiology). My current and past research experience in the fields of basic science, science education, public health and clinical research via evidence based medicine, have helped develop my overarching research and career goals of bridging the gaps between these different fields. This can be done through science education at the undergraduate level by teaching aspiring scientists and healthcare professionals that basic science exist beyond the lab and it can be integrated and communicated with the public in community settings. A recent Brief published by the Robert Wood Johnson Foundation on a Commission to Build a Healthier America, reported that education can be the key to promoting upward social mobility and a catalyst in disassembling cycles of inter-generational disadvantages and related health disparities. I want to take this research even further by asking more questions. For instance, what will be the effect of increasing science education in minority communities? What will happen if we begin addressing the negative misconceptions associated with science and the image of scientists? What about correcting the misunderstanding and bad information about the pathways to becoming a scientist? Will making these types of changes in minority communities enhance the participation from this group in science education and improve science and health literacy and outcomes? Could promoting the discoveries and achievements by minority scientists have the same result as the “Obama Effect” within these communities? I want to address how we can effectively communicate the importance of scientific breakthroughs and how they relate to minority health in a manner that encourages parents to support their children’s participation in science courses and science education programs. I would like to improve health outcomes by increasing understanding and knowledge of minority groups, and possibly change the behaviors and attitudes of those most affected by health disparities. It is known that the lack of underrepresented clinicians contributes to the lack of access to innovative and culturally competent health information and care for those who are affected the most by health disparities including those from minority populations (Betancourt, 2006; Coronado et al., 2010; Kamangar, Dores, & Anderson, 2006). In addition, according to data collected by the National Science Foundation, Blacks/African Americans, Hispanics, and Native Americans, obtain the lowest percentage of bachelor degrees in science (bio-medical, physical, and computational) and all engineering fields.