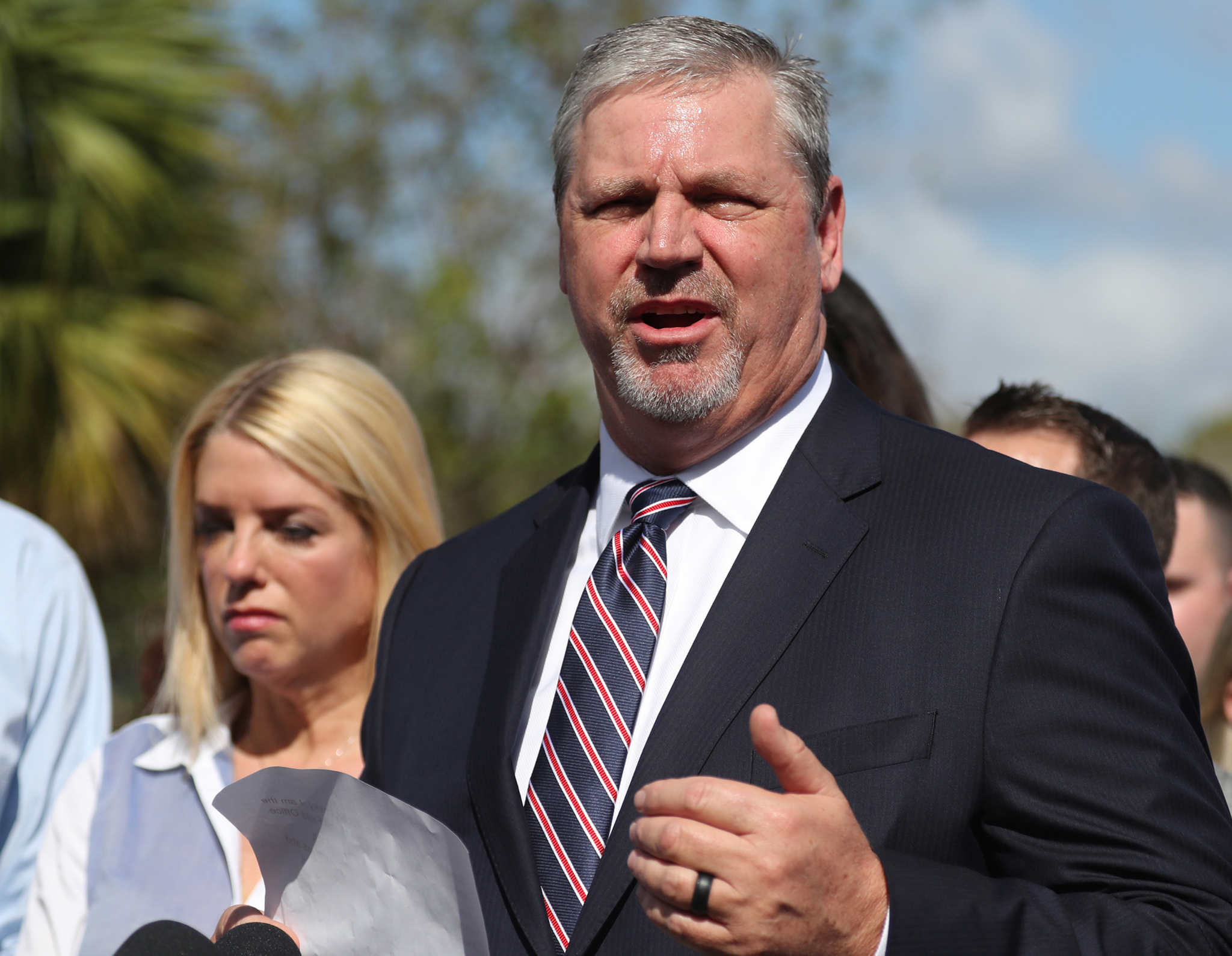 Robert Lasky, B.S. Public Relations, might not remember the names of all of his professors, but he remembers something much more important: the lessons he learned in his public relations classes in the College of Journalism and Communications.

“The educational foundation and classes I had in PR, specifically, have played a big role in my career and big role in Parkland,” said Lasky, the head of the Miami division of the FBI and the face of the federal agency following the February 2018 school shootings at Marjory Stoneman Douglas High School in South Florida. “I created my own copy when I did my own press conferences. Honesty, transparency, protecting the brand, what the brand means and how to project that outward — that was all very important during Parkland.”

At UF, he remembered learning about Tylenol and how McNeil Laboratories handled itself after people were poisoned with its products in Chicago in 1982. “You had facts that were not favorable, branding issues that had to be addressed. I put those to use in Parkland.”

In the Parkland shootings, the facts didn’t hold the FBI or law enforcement in the best light, he said.

“We had to had to address certain matters and bring those out, explain the circumstances but still show empathy for the victims — all lessons that I learned in PR,” Lasky said. “Use the characteristics of the brand to reinforce the brand. I can remember one of those case studies — be honest, discuss the way forward.”

Because of those classes, he knew how to address the media under difficult circumstances, he said.

As he approached his 52nd birthday on Sept. 30, he also prepared for another milestone: his retirement from the FBI. He’s spent the last five years as the special agent in charge, first in Mobile, Alabama, then in the larger Miami office for the last year. After he retires Oct. 29, he will become a vice president with Los Angeles-based American Guard security company, although he will continue to work from Miami.

“The lessons I’ve learned in PR will be put to the test again as I go back into private industry,” he said.

He majored in public relations to learn to write persuasively so he would be a good lawyer. He originally decided to attend UF because he was offered a football scholarship at the University where his father (who went on to the NFL) played. But, as a defensive back, he suffered a career-ending shoulder injury and had to leave the team after two seasons.

Nevertheless, his fondest memories rest on the gridiron.

“I have two memories: my first-ever college play and my first sack. Interestingly enough, it was against Kent State. One of those throw-away games. The quarterback there, I played against him in high school,” Lasky said. “To stand up and have 75,000 fans screaming because you did something, it’s something I will never forget.”

He also remembers  standing on the field with his father and godfather after a game. “It was a tremendous feeling, to follow in their football” shoes.

He still has season tickets to Gator games.

After earning his bachelor’s degree in public relations, he taught English in Miami-Dade for a year while deciding whether he wanted to go to law school, a long-time goal. He convinced himself he did and earned his law degree from the University of Miami.

“My Dad had a heart attack my senior year at UF, so I went back to Miami to be near my Mom,” he said.

After law school, he practiced in South Florida for five years. “I was fairly successful for my age and experience level. I relied back on principles I learned in journalism school. The company has its own brand, but you also have to brand yourself.”

He says he was doing well, making good money, but he wasn’t excited or happy. “I felt like I could do more for my country, my community. I had a friend in the FBI and talked to him. I want to leave this world a better place than I found it. That’s been my mantra for each job. I wanted to see if I could make an impact on a bigger community.”

He’s had five jobs with the FBI and, geographically, he loved Montana the most: “I love the outdoors — hunting and fishing. There’s no place better to fish than Montana.”

But Mobile was the place where he was touched by a crime. “We worked the kidnapping and murder of an 8-year-old black female that really tugged at my heartstrings. We ended up convicting the father of kidnapping and murder. To bring closure, to solve a crime like that, in a lower-income neighborhood — I felt really good about doing that.”

As he heads off to retirement with his wife, Maureen, he’s looking forward to more fishing, hunting and reading. “I’m lousy at golf. I grew up in the water, diving, fishing, spearfishing. Hunting I picked up in Gainesville. A lot of the football players lived in more rural areas. I would go home with them. That’s where I picked up my appreciation for hunting.”

He has fond memories of his time at UF, and only one regret: “I didn’t walk in the graduation ceremony. Years later, I wish I would have. Just to be a part of that.”