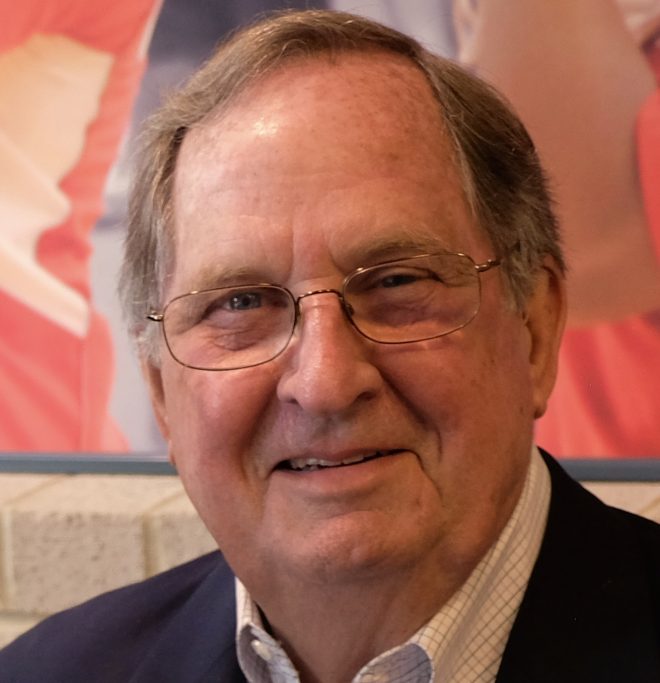 Reflecting on the College of Journalism and Communications’s upcoming 50th Anniversary, it is the perfect time to tell the story of what the College has meant to me and how my education has benefited the University of Florida.

I graduated from the College of Journalism and Communications in 1968 with a major in public relations.  My senior project, under direction of Dr. Glen Butler,  was to develop a promotional campaign for a non-profit organization.

I selected the American Cancer Society (ACS) based solely on a PSA I saw and chose that organization for my class project.  The ACS  headquarters in New York provided me with some materials on the promise I would share my final product. That eventually led to an interview and a job offer.

After a year of serving as a trainee, I became the Director of Public Information for the Florida Division of the ACS responsible for all internal and external communications.  That is when my college education really paid off.  Not only did I learn how to write and how to be a public relations professional, but, most importantly, I was taught the first step to telling a story is to listen, to get the facts, to ask questions and seek to understand the issues.

As a result I became knowledgeable of the entire operation and, over time, I assumed more responsibility until ultimately I was appointed as the CEO of the Florida Division of the ACS.

In that leadership and managerial role, I knew my ability to tell a story was more important than ever. And telling those stories to the ACS and the University of Florida led to great strides in the cancer fight.

In 1972, with the passage of the National Cancer Act, we identified a critical need to fund beginning investigators at UF with starter grants to help them  build the scientific credentials that would qualify them for million dollar grants becoming available at the National Cancer Institute. Over the next 25 years, we funded dozens of UF investigators who went on to produce high-level research.

In the provision of life saving treatment, we worked with the UF Department of Radiation Therapy under leadership of Professor Rodney Million, M.D., and started providing temporary housing in small motels for patients having to travel to Gainesville from throughout Florida to be treated at Shands.

As patient volume built, we launched a plan with then University President Dr. John Lombardi to create the American Cancer Society Hope Lodge, a 36-suite facility to house patients and caregivers while being treated at the University.  I was excited to get the first $1million gift for the lodge from the Winn Dixie Corporation and raised the remaining $3.6 million to complete the Lodge on acreage donated by the University.

(Today there are 36 such lodges in existence around the country.)

To enhance medical education, we endowed four professorships at the College of Medicine.  Two in clinical oncology, one in oncology nursing and the only one of its kind in dentistry totaling an investment of $2 million.

Over the years, I had the chance to hire several graduates from the College of Journalism, all making extended careers with the ACS using their education to develop numerous outstanding media campaigns.  In addition, we placed  interns in our offices throughout the state.  All of our communications staff worked closely with advertising agencies, mass media and targeted audiences to effectively tell the cancer story.

I was also fortunate to serve on the College’s Public Relations Advisory Council for several years and coordinated a campaign with the other Advisory Councils and members of the Board of Regents to prevent a faculty downsizing during a University-wide reduction in force.

I was honored to be named an Alumnus of Distinction in 2002.

In 1994, I left Florida to become the Executive Vice President of the American Cancer Society, Inc. based in Atlanta.  In 1998, I became President and Chief Operating Officer for both domestic and international operations.  I retired from the ACS in 2008.

Needless to say, I am most appreciative of the education I received at the University of Florida.  The skills I developed at the UF have been a primary reason for my ongoing growth and I will always be thankful for that experience and the faculty support I received.